We Are the Baby-Sitters Club: Essays and Artwork from Grown-Up Readers by Marisa Crawford 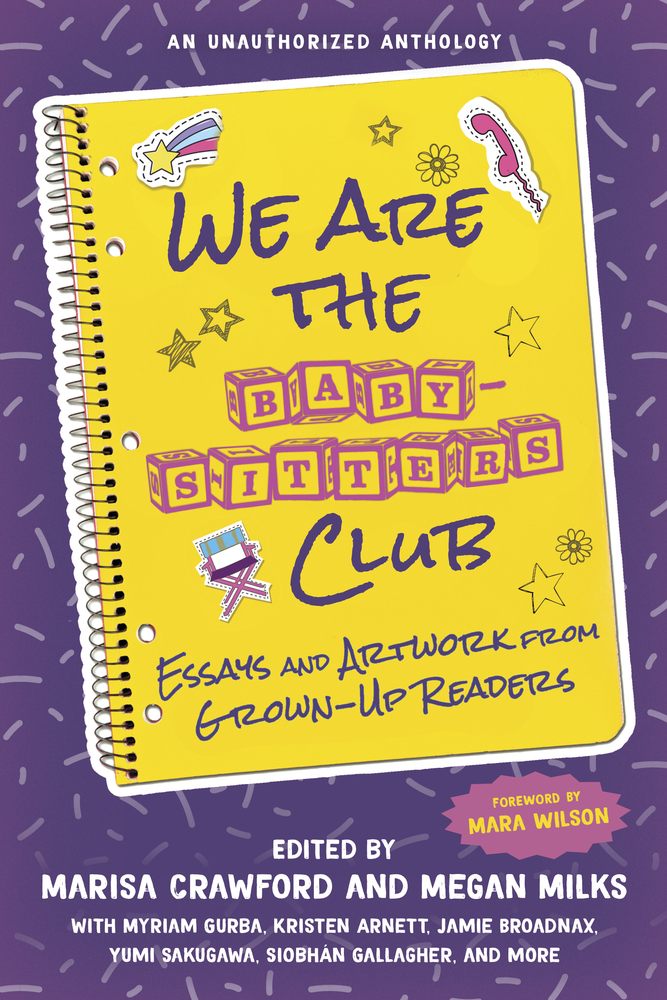 Like a lot of 80s and 90s kids, The Baby-Sitters Club was an instrumental part of my childhood. It's one of those iconic totems of my childhood that imparts instant nostalgia, like Patagonia jackets, boy bands, and My Little Ponies. For me, though, the books held a whole other level of meaning. I was a really lonely and weird kid, so large swaths of my childhood were spent retreating into books, where I could imagine myself being a part of these other happier worlds.

This collection of essays, WE ARE THE BABY-SITTERS CLUB, delves into a lot of facets of the popular series. All of these people grew up reading the books, like me, and even if it holds a special place in their heart, they aren't above critiquing some of the less savory elements of the books (such as how it glides over racial issues and microaggressions regarding its two main characters of color and basically ignores the LGBT+ at all except for nebulously coded references to not quite fitting into gender roles).

I was expecting to like this but I actually ended up really liking it. The opening essay about a reader secretly hating Kristy because she tied into her own attraction to women was poignant and powerful. I loved the essay written by the English man who did a podcast about the books with one of his guy friends. There's several essays about Jessi and Blackness, and how she is represented both on the covers and within the books. There's an essay written by someone with diabetes and how she both did and didn't relate to Stacey, and how disability is presented in the book. There's an essay written by someone with autism discussing the one book that featured an autistic character, The Secret of Susan, and some of the blindspots with the story-telling and the rep.

This is just a really great collection of essays on a really nostalgic series, and I like how it is both nostalgic and critical, all at the same time. When you like dated media, as I do, it can be hard to explain to others why you like something that is now in many ways problematic, but I think as long as you talk about those things and don't make apologies for them, you can make do. One caveat is that a lot of the art and comics don't translate all that way in the Kindle/eReader format, so that is something to consider when buying a digital copy. Luckily, they make up a small piece of the overall content but it was still annoying.