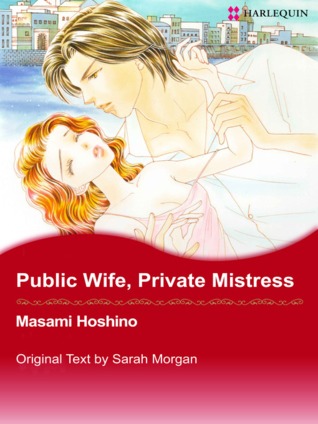 Hahaha this was utterly ridiculous and I ate it up on a silver spoon. Okay, so first thing you need to know is that this is a billionaire romance and the heroine is named Anastasia Silver. I know, right? Obviously, the first thing I did was race to see the original publication date which was... uh, 2005. So who wore it better? I personally think this book, if only because the Italian billionaire hero is named Rico, which means "rich" in Spanish. The only thing better would have been if he were named Cristiano Grigio, but we can't have everything, can we?

The premise is SO FAR-FETCHED. Stacia and Rico are a married couple who have been separated for a year because of an INCIDENT (hero caught her in bed with another man). One day he bursts into her art studio and is like WE MUST RETURN TO MY HOME FOR MY SISTER HAS AMNESIA AND SHE ASKED FOR YOU. And Stacia is like "wut" because the sister, Chiara, hated her and thought of her as a gold-digger, so she's, like, the last person that Stacia would expect to be requested for vigil duty.

Anyway, they get there and she's alive and she even wakes up, but she has that rare, selective form of amnesia that causes the victim to only forget plot twists, so as far as she's concerned, Stacia and Rico are happily married newly weds. And Rico is like, "We can't tell her-- it will be a shock for her AMNESIA. Let's pretend to be a couple still for her own well-being." And Stacia is like, "That doesn't make any sense." And I'm like, YEAH THAT DOESN'T MAKE ANY SENSE. And the hero is like whatever, FORCED SEDUCTION. And then he's like, HERE, HAVE SOME BLACKMAIL. And of course, after they do it for the first time, he immediately jumps in the shower and starts scrubbing LOL. The heroine can't help but feel insulted and honestly, same.

Okay, so this is where it gets kinda ick. It turns out that in addition to calling Stacia a gold-digger and basically slut-shaming her all the time, Chiara was going out to clubs and bringing boys home (despite her brother's attempts to shut that down). And one of the guys tried to assault Stacia, which is when Rico came home early from his business trip and saw her in what he thought was flagrante delicto. And Chiara is just loling evilly and being like I TOLD YOU SO BROTHER, letting Stacia take the fall for it. And of course, she never really has to take any consequences for her actions and she doesn't tell the hero. Stacia just pats her on the head and is like the past is in the past. WHAT.

What is with these doormat Harlequin heroines, I swear. At least here it KIND OF makes sense because the heroine was a confused and jealous teenager who had lost her dad and kind of latched onto her brother as a father figure. In one of the other books I read, it was the mom who was the one practicing witchcraft-with-a-b and even said she'd rather her daughter be dead than with the hero.

I feel like after yelling about this book for so long, I should be giving it a low rating, but it actually wasn't that bad. The manga seem to be color-coordinated and red seems to mean spicy because all of the red Harlequin manga I've gotten have had a lot of spice. It's also so dramatic that it's kind of hilarious, and I liked the fact that the heroine didn't seem to really want kids and the book didn't end with a surprise pregnancy (MY LEAST FAVORITE TROPE). So overall, eh.