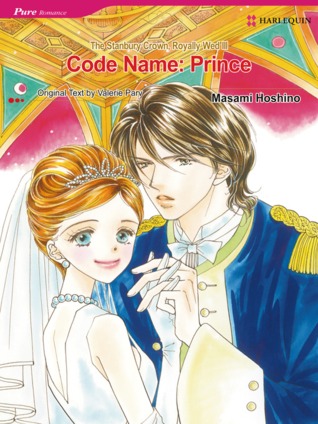 This was really not good. Meagan and Shane have kidnapped the "prince" of an imaginary European country named-- you guessed it-- Edinburg. But oh whoops, somehow this pair of stupids accidentally captured the prince's cousin instead.

I really didn't like this book at all. Stupidly named imaginary country aside, I didn't like the heroine at all. I felt bad for her-- Shane is an abusive jerk-- but there's no background for how she got into this situation, or how her daughter somehow became a pawn that her brother is using to force her to commit treason.