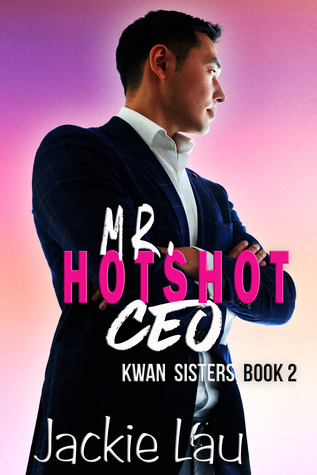 This is a quick short read about a tech CEO who doesn't know how to have fun. His father worked so hard that he gave himself a heart attack and Julian works so hard that his family is worried that he's heading down the same path, so they force an intervention requiring that he take a two-week vacation.

While going to a cafe in frustration, Julian sees Courtney, a biomedical researcher who enjoys gingerbread lattes in her downtime. He thinks she's cute and admires how she seems to appreciate the little things in life, so he offers her $5,000 to stay with him and teach him how not to be such a stick in the mud-- and by the way, ma'am, don't worry, I won't try any funny business.

As far as meet-cutes go, this is pretty ridiculous but also really fun. I'm also a workaholic so I really related to Julian. And like Courtney, I also have depression. I thought it was odd how her depression manifests every five years like clockwork, though. I feel like depression is usually more frequent than that-- or at least, it has been in the literature I've read and the people I've talked to. For me, for example, it's every year (especially in winter/early spring). Courtney also has treatment-resistant depression, which means she doesn't respond to therapy or medication, and she refuses to try some of the more experimental or extreme treatments, like ECT.

I liked the romance element a lot and I thought Julian was SO SWEET. He's one of my favorite beta heroes I've encountered in a romance and he was just everything. I liked Courtney but I hated the last-act drama, even though her behavior made sense. The author clearly did a lot of research into depression but Courtney's attitude towards treatment and mental health kind of made me sad, especially since she is a biologist. Obviously, whether or not someone pursues an avenue of treatment is their choice, but ECT is not the monstrous treatment that movies like One Flew Over the Cuckoo's Nest have made it out to be (although it can cause memory problems) and there are ongoing experiments with things like psilocybin (a hallucinogen/psychedelic) that can facilitate new connections in the brain that can get people out of depressive feedback loops and that, I believe, have yielded promising results in clinical trials (including for treatment-resistant depression, which the heroine has).

This is actually my second time reading this because the first time I tried reading it while feeling depressed and found I couldn't really get into the book. There are some depictions of Courtney in the middle of prodromal symptoms of depression that some may find upsetting, particularly in the way she talks about herself and lashes out at others. It's realistic but painful. I actually kind of wish that this book was longer because I feel like it's so short that all the bad stuff comes at you all at once, and it feels like quite a shock after the cute and fluffy beginning. It actually ended up impacting my enjoyment of the book, and so far I think book #1 is my favorite overall, even though I liked the hero more in this second book. Thank goodness there's a spin-off series about Julian's two brothers!