The M.D. Courts His Nurse by Misao Hoshiai 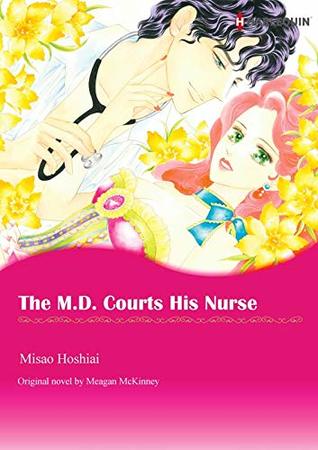 Meagan McKinney is one of my FAVORITE romance authors, so obviously when I found out that one of her Harlequin romances had been adapted into a manga, I was all over that like white on rice. The M.D. COURTS HIS NURSE is about a Rebecca who hates her new boss, Dr. Saville. Why? Because he makes her wear a work uniform and demands professionalism in the office. So far, I don't really see a problem, but apparently her last boss let her wear pretty dresses and gossip as much as she wanted, so fuck the new guy, ammirite?

Anyway, this book is pretty dumb. Not just because the hero really isn't in the wrong here, but also because the way that they end up falling for each other is super problematic. Rebecca has this older friend named Hazel who is sort of a parental figure for her since I believe her actual parents are dead. Anyway, Hazel sets Rebecca up with this would-be rapist and then makes a fake emergency call to the restaurant that they're eating at so Saville can come and rescue her. UM. What if he didn't? And what if Mr. Date Rapist already dragged Rebecca off and Saville was too late? I never really got over that, tbh. It was the ultimate fail of meet-cutes and Hazel can go fuck herself. I mean, really.

I still stan McKinney but this romance wasn't it.