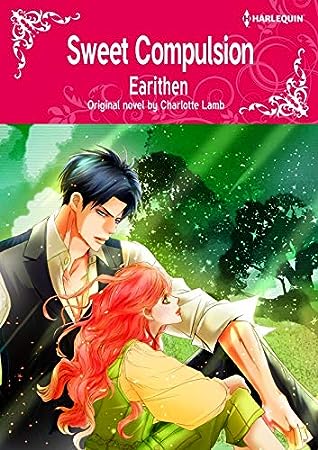 SWEET COMPULSION is a manga adaptation of a work by Charlotte Lamb of the same name. The mangaka is Earithen, an artist whose works I actually did not really care much for in the past, but whose style has seriously evolved for the better. She's toned down the puffiness of the lips when she draws the characters and her male and female characters look more similar (as in, drawn in the same style) and I really like these changes.

The story? Cute as fuck. Marcy is land rich and money poor. She owns a crumbling mansion in the middle of town that she's turned into a community playground for low-income kids to pay. This rich development company has been trying to bully her into selling, taking advantage of the fact that she's young and female, but so far she has stood her ground. (This part of the story kind of reminds me of Up.) So the CEO-- the hot and suave young Randal-- has decided to persuade her, ahem, personally.

I loved the heroine of this book. She was the perfect blend of headstrong and sweet and I liked how she didn't lose herself over the hero and never forgot her goals, even when she was falling for him. She didn't let people push her around, which was quite refreshing after some of the retro and sexist pulps I've been reading lately.

Is there a lot of substance to this? No. But it's incredibly cute and it made me smile.