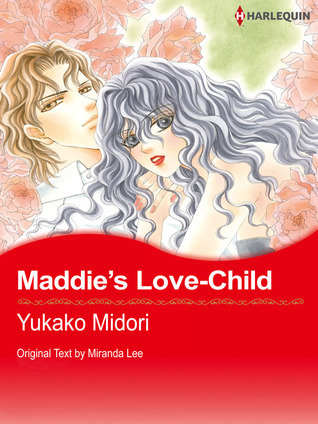 The last Miranda Lee adaptation I read was really cute, so even though this is about a "love-child," I thought to myself that maybe it wouldn't be so bad. NOPE. IT WAS WORSE.

So Miles and Maddie first meet at a party and she hits on him but he turns her down. Little does she know that it's because he was engaged to another woman but because he can't stop thinking about how hot she was, he's broken things off with his fiancee and run a secret background check on Maddie, finding out where she lives, what she does for a living, and that she's newly single. He uses one of their mutual acquaintances to trick her into furnishing a house for him under false pretenses, thinking to seduce her.

Maddie is no innocent, though. She's jealous of her friend's baby and decides she's going to have one of her own-- by tricking a man into having sex with her without protection so she can be a single mother. GROSS. Not only that, but in the beginning of this book, she keeps referring to Miles as her "sperm donor" which seriously made me want to vomit in the back of my mouth a bit. After their relationship becomes more serious, she kind of feels bad about tricking him but when she finds out he's moving back out to England, she's like "Fuck it-- BYE BYE BIRTH CONTROL."

I hate this trope in romance so, so much. It makes me so angry. I feel like it's a form of sexual assault, to be honest, tricking someone into impregnating you or being impregnated. I personally don't want children at all for reasons that are very personal that I don't want to get into, and that is MY choice. If I found out someone was trying to trick me into having children, I can't tell you what a violation that would feel like. And of course, when it works and Maddie ends up pregnant, Miles is just like YAY THAT'S GREAT NEWS. What the fuck, Miles?! This woman is a psycho. RUN.

Maddie apparently has a lot of issues with men because her mother slept with married dudes who only wanted her for her body and then dumped her when things got serious. Maddie's father was a politician who refused to acknowledge her. And okay, your mother's apparent fetish for emotionally unavailable men is actually tragic, but that is something that should be dealt with by a therapist and not raping a man who doesn't know about your conveyor belt full of emotional baggage.

I liked the art but after that fun little twist, there was no going back. That's so fucked up. I'm seething.