Picture of Innocence by Hiromi Ogata 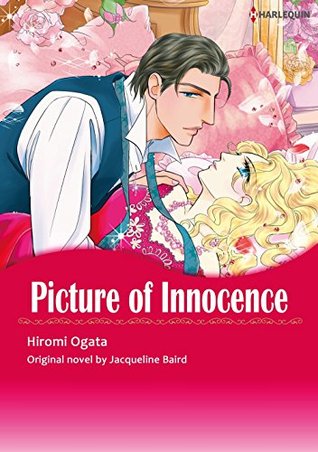 So the blackmailed mistress trope is one of my FAVORITE tropes (which you could probably guess if you read my own books, because it's a trope that features heavily in my works), so obviously when I found out that that was the premise of PICTURE OF INNOCENCE, I *may* have screamed, especially when I found out that it had two of my other favorite tropes: cruel heroes and REVENGE.

PICTURE OF INNOCENCE is a manga adaptation of a Harlequin novel by the same name that was published by Jacqueline Baird. Lucy is now in charge of a plastics company that was owned by her late brother and is in danger of going bankrupt. To save it, she goes to the bank owned by a hot Italian dude, to take out a loan. Why this bank, IDK, because hot Italian man's younger brother, Antonio, died on a mountain climbing expedition with Lucy's brother, Damian. And the fact that Lorenzo already yelled at Damian and goaded him to what was essentially suicide doesn't matter. Lorenzo is still mad AF and he's decided his next order of revenge will be on Lucy.

Lorenzo buys up all the shares of her company and essentially blackmails her into pretending to be his girlfriend and being his actual mistress. The reason is stupid. Someone photographed them at a party and his mom got all excited and since his mom has a weak heart, blah, blah, blah, she might get upset if she finds out what a gigantic dick he is, so she has to come to Italy with him to meet his mother. Man, this is so stupid, but I don't even care, GIVE ME MORE. So they go to Italy and there is sex and Lucy is way more into it than she should be, but oh no, there is angst because she's NOT LIKE THOSE WOMEN, and now there is crying. And Lorenzo starts to realize what a dick he is. But not really. And then he does realize-- FINALLY-- because Lucy is a saint, dammit! A SAINT.

And they all live happily ever after.

Moral of the story: all you have to do to make a douchebag love you is donate a kidney. Pass.