Lord of Danger by Anne Stuart 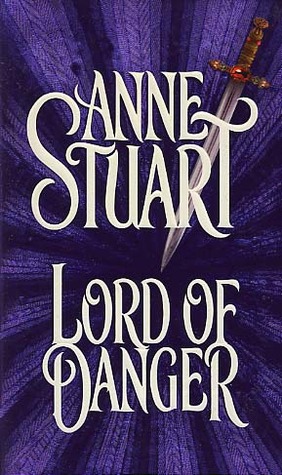 I adore books about villainous heroes (which you probably know, given that I write them), and in between penning my own I am constantly on the look out for new ways to get my fix. Anne Stuart is one of the few traditionally published authors I know of who excels at writing morally ambiguous heroes. She's perfected the recipe of writing dangerous men who are still fun to root for, which is why I seek her books out like an addict. Nobody does it the way she does!

This book is particularly fun. It's set during medieval times and the hero is an adviser to an arrogant noble named Richard de Lancie and presumed by everyone to be an evil wizard who has sold his soul-- and his hand-- for magic. He's basically one part Jareth from Labyrinth, two parts Mozenrath from Aladdin, and if that doesn't get your fangirl heart singing, I don't know what will.

The heroine, Alys, is the lord's half-sister, and she's been shut in with her sister, Claire, in a convent. Now, marriage is starting to look like an advantageous way for her ambitious brother, Richard, to gain power, so he lets his wizard have his pick of the sisters. To Alys's surprise, he chooses her. Like everyone else, she fears him, but he kind of intrigues her, too. And Simon, the wizard, in turn, is intrigued by her bravery and her depth and her stalwart nature.

I enjoyed this book a lot. There's poison and plotting, dangerous rescues and escapes, sex during lightning storms on castle rooftops (I KNOW RIGHT), and incredibly good banter. I'm not a huge fan of Anne Stuart's secondary romances, but this one-- which is between Claire and her bodyguard/knight-- grew on me (even though I felt like it was a bit too similar to the one in HIDDEN HONOR). Claire had more personality than a lot of secondary heroines, and I just loved the bond she had with Alys. Sisterly love. <3

I thought about giving this four stars but that ending socked me in the gut emotionally and gave me just the right note of bittersweet joy, so I think I'm going to round up. I would recommend this book to anyone who read and enjoyed Laura Kinsale's SHADOWHEART, as Simon definitely gave me Allegreto vibes.