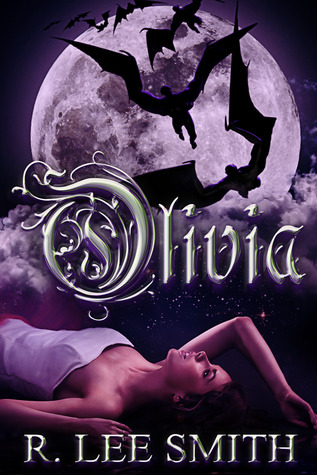 Jumping ship at 8% sounds like I didn't read much until you take into account that this book is over 600 pages. I read about fifty pages and then decided that I really wasn't into this book. After reading HEAT and SCHOLOMANCE, I was really excited to see R. Lee Smith's take on gargoyles, but this book didn't work for a variety of reasons. First, the sex is very much furry sex. Which a lot of Smith's books kind of verge on I guess, but the demons in SCHOLOMANCE and the Jotans in HEAT were at least humanoid in appearance for the most part, and Meoraq in Gann had a humanoid culture, even if he was more lizard in appearance, but the bat creatures in OLIVIA are covered in fur and have wings and snouts and definitely don't look like humans. Which I am soooo not into, so that was a huge turn-off for me.

Second, it's just really exhausting and not in a good way. Olivia spends most of the book crying. Which I guess is realistic but not all that fun to read. The sex is pretty unambiguously non-con and in one part of the book, it's a violent assault that makes the heroine bleed. The other books had their share of rape and gore, but they were either off-page or more dub-con than violently graphic non-con, so I was able to compartmentalize. Could not do that here. Yikes.

Third, it's... boring? Olivia is not a compelling heroine and I didn't like Murgull at all. The fifty pages I read was basically just Intro to Stockholm Syndrome 101. I'm shocked this was published after HEAT because HEAT was so much more polished. I'm all for experimentation but for me this was a failure. R. Lee Smith is a huge favorite of mine so it was a pretty crushing disappointment not to like this.

Make sure you watch this space for Caro's review (sorry for jumping ship!). Her status updates are hilarious.