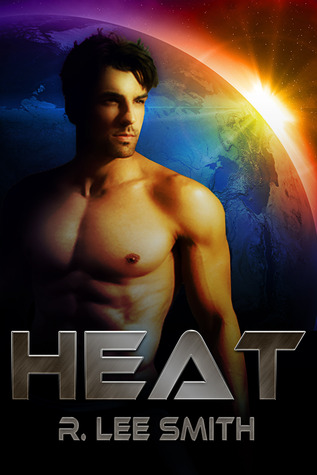 Usually when I really enjoy a book, I want allllll my friends to read it, too. But R. Lee Smith is not an author I would actually recommend to most people. All of her books are quite long, usually 400+ pages (sometimes close to 1,000), which is a deal-breaker for some. And then there's the content: vicious, brutal, violent, and often filled with gross sex and dub- or non-con. I don't personally find many of the sex scenes in her books erotic but they are haunting and fascinating. She has a keen insight into the human mind and what makes people do what they do, and her ability to build and craft inhuman worlds with believable details and a rich tapestry of culture inspires awe and envy.

So, you know, if that's something you think you'd be into, check her work out. But if not, abandon all hope ye who enter.

I buddy-read this book with my friend, Caro, who shares my love for this author. I would say that this book isn't quite as brutal or frustrating as SCHOLOMANCE or GANN for the most part, although there were a few scenes peppered in that exceeded the aforementioned in terms of blood splatter and gore. The interesting thing about HEAT is that it is basically two very different books crammed into one. On the one hand, you have the story about Kane: prisoner, chemist, and slaver, who has come to the Earth to make street drugs out of human brains, while helping himself to the local flavor. The local flavor being Raven, his punk, purple-haired love slave, and Sue-Eye, a blonde biker chick he picked up at a bar to be his #2. On the other hand, you have Tagen and Daria's story. Tagen is the police officer who is tasked with hauling Kane in, and Daria is the human he ends up crashing with while trying to get his bearings.

The twist is that, for Tagen at least, Earth isn't what either of them expected. Jotan aliens hadn't been to Earth since the Bronze age, and were expecting spears and not-- well, handguns and automobiles. Also, it's hot because global warming sucks, and when they go to the normally cool PNW, it's hotter than Hades. And unfortunately for Tagen and Kane and every female human who ends up in contact with them, hot temperatures put Jotans into violent, mind-blistering heat. So, there's that.

Kane is probably one of the most fun characters I've read about in a while. He's just so evil, but the author does a good job kind of humanizing him a little, and his relationship with Raven definitely comes across as having a Joker/Harley Quinn dynamic where you tell yourself, yes, it's abuse, but if he has a human side to him at all, she's probably the one person who ever receives the benefit of it. Their romance is infinitely more interesting and fascinating than Daria and Tagen's, which is cute but bland. Their sex scenes end up feeling pretty repetitive, and I found myself skimming over some of their interactions because I wanted to see what Kane, Raven, and Sue-Eye were getting up to.

Overall, I would say that this is an excellent work but it probably needed to be shaved down a little. Some of those Daria/Tagen scenes could have been cut. The Kane chapters, on the other hand, were perfect, with Smith building up an atmosphere of dread that could put even Stephen King to shame. I kept thinking what a great TV mini-series this book would be because it has a little bit of everything: action, romance, horror, shoot-em-ups, adventure, sex-- the whole nine yards. It's dark and it's violent and sometimes it's cruel, but the author's trademark dark humor and incredibly deep insights into humanity and the world totally make it worth it, imo.

Now, all I need is a spin-off sequel about Kane.