Virtually His by Gennita Low 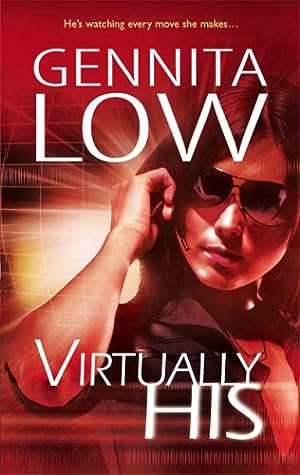 Do you ever find yourself thinking about a book you read a long time ago and the premise sounds so weird, even to you, that you aren't sure whether you actually read the book or whether you maybe hallucinated the whole thing in a fever dream? That was me, with this book.

I read VIRTUALLY HIS in original paperback when I was a teenager. It's a bit romantic suspense, a bit futuristic romance. Helen Roston (Elena Rostova) is a scrappy, orphan-off-the-Russian-streets recruit working for this mysterious paramilitary organization that trains its recruits through virtual reality. Cool, makes sense so far, right?

Here's the thing, I didn't actually have a problem with the dub-con (although it shocked teen me enough that it made an impression), but it's just so weird and doesn't really make sense in this book. Also, her trainer calls himself Hades which is... pretentious, but part of the status quo for this book is pretending to be smarter than it actually is. That's why you find yourself buried in technobabble that only half makes sense and enough acronyms to make you feel like you spilled alphabet soup all over your reading device.

The scenes between the H and h could be kind of hot, but Helen's nonstop inner dialogue was annoying. I also didn't like how the POVs would randomly switch mid-paragraph practically without line breaks and there were tons of breaks to scenes that were super boring with people I didn't care about.