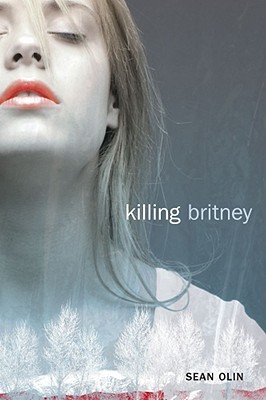 KILLING BRITNEY kind of made me mad because the writing was good and the build-up was good but then the ending sucked. At first when I picked it up, I was like, "Why are the reviews for this so bad? It's kind of cheesy but so far I'm digging it." And then I got to the ending and I was like, "Ohhhhh..."

THAT ENDING IS WHY.

So the premise of the book is kind of like one of those old Point Horror novels, which will probably polarize the audience for this book already (because let's face it, that stuff was pulp for kids). Britney used to be geeky and uggo, but then she started dieting and dyed her hair and now she's hot. It's that simple!™ Anyway, now she's a "hockey wife," which I guess is the PC term for a puck bunny, and she's dating this guy named Ricky who's a big star player and super into her.

And then Ricky dies.

Britney is super sad about this. Especially since tragedy kind of follows her wherever she goes. Her mother died in a boating accident when she was just a little girl. Now the love of her teenage life is dead. And then... more people die. And more people. And Britney starts to wonder, is anyone really that jealous? Who would kill so many people around her just to make her suffer?

I had so many suspicions while reading this book. It's really just one red herring after another. There was one pretty obvious conclusion which I hoped the author wouldn't take, but HE DID, (which was very rude of him, FYI). And it's really a shame because the grizzly blood splatter and the pretty over the top grittiness of the teen parties/icy New Hampshire setting really worked for me. I thought the author did a really good job with the setting and scenery but the ENDING. Oh. My. God.

It didn't really help that I just watched the movie Ten Little Indians (1989), which is basically how to do a murder mystery with a shocker of a twist right. (Seriously, Agatha Christie movies are the bomb.)

I would read more from this author-- in fact, I want to-- but I wouldn't really recommend this one.