The School for Dangerous Girls by Eliot Schrefer 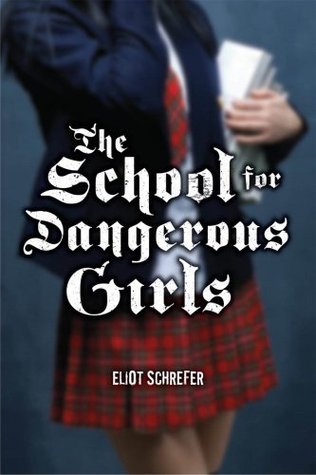 What a weird book this was.

THE SCHOOL FOR DANGEROUS GIRLS is about Angela, a problematic girl who has been implicated in the murder of her grandfather. As punishment, she is sent to a bad girls' school, which is kind of like a cross between a boarding school and a mental institution. They have no privacy and the punishments for rule infractions are severe, and it's clear that something dark is going on at the school.

Reading this was a lot like reading those Point Horror novels from the 90s. Cheap thrills and chills, a little Gothic, and a little lacking in the details or reasoning behind plot and important character decisions. I liked the beginning a lot but then it started getting kind of weird and at the end, it started getting really weird.

Props for writing an antiheroine character and making her sympathetic and having a pretty diverse cast of characters, but the ending was a little eye-roll worthy and Angela's parents have a LOT of 'splaining to do. Like, did you even Google the school you sent your kids to before sending them there, my dudes?