The Scholomance by R. Lee Smith 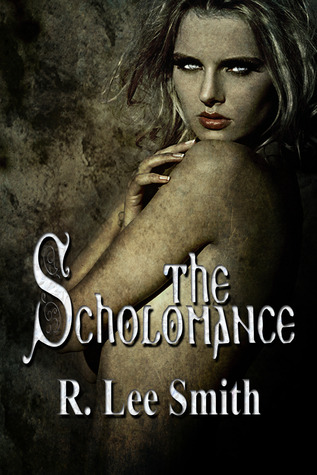 SCHOLOMANCE is such an intense and brooding work. Like all of the other R. Lee Smith books I've read, the pacing is very slow, and the romance is even slower. This isn't a book you read when you want instant gratification. In fact, I'd argue that this isn't the type of book you read when you want gratification at all, as very little about this book is what I'd call "pleasurable." But if you like dark academia and eldritch horrors, this will be your jam. There really is nothing else like it, although VITA NOSTRA comes kind of close. It is a dark, delicious treat of a book where no light can escape.

Mara has never been like other girls. She's cold and unfeeling, and kind of a sociopath. She's also a psychic. She lives a dull and meaningless existence but one day she gets a letter from her only friend, Connie. Connie has always craved magic abilities ever since Mara confided her powers to her in secret, and when Mara was unable to give her what she wanted, she sought out a mysterious demon-run school in the wilds of Romania. This is where the letter comes from, and in it, Connie is begging for rescue and help.

After a sinister journey up a mountain that isn't unlike the dash for the Cornucopia in The Hunger Games, Mara makes it to the Scholomance. And Harry Potter, this is not. Students must endure terrible trials just to be considered students at all. And as students, they are utterly at the mercy of their demonic teachers, who operate on a totally different level of morality and don't really have any qualms about making their human students into inhuman pets or fuckpuppets. If body horror is a trigger for you, look away, because this book has lots of it, and lots of unsexy sex, too.

As Mara searches ineffectively for Connie, she becomes a student in her own right while gradually beginning to get to know some of the demon Masters there. And this is where the book gets interesting and also where I will stop elaborating. I will say that Mara is an utterly fascinating heroine. She's the sort of antiheroine that people often beg for on Twitter, which makes it a shame that this author is so criminally underrated. I get it; her books are long and take a while to get into, but I think if more people gave her a chance, they'd see that she's writing the sorts of things that they've always wanted to read. The world-building, the dialogue (Kazuul's words are pure poetry), the philosophy, the exposition-- it's all done so well, to the point that this ends up almost being a rumination on the human condition in addition to also being a sort of romance (with a compelling love triangle!), mystery, and magic school fantasy. Anyone who says they enjoy grimdark should read this, because it actually is.

Thanks to Caro for buddy-reading this with me! We're starting HEAT next! >:D