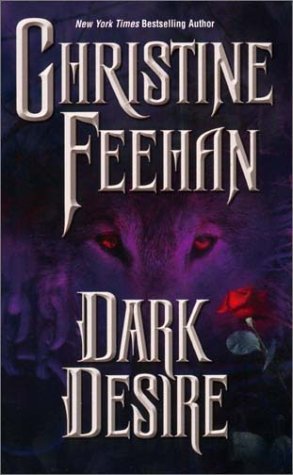 This is the second Carpathians book I have read and I think I'm going to call it quits here for now. After reading and not liking the "uncut" version of DARK PRINCE, I thought maybe me not liking the book was a case of the author going wild without her editor to keep her in check. There were, after all, some things I did enjoy about the story. A lot of things, actually! Maybe, with the presence of an editor, the sequel would be better.

And to be fair, the sequel is better. It starts right off with action. Shea is a doctor with an Eastern European father she does not know, but he's left her with a "mysterious blood disorder" that requires regular transfusions. She's also incredibly manipulative because she has empathic powers that led her persuade. It's made her a good doctor but, let's be totally honest: she's mind-fucking people for fun and profit. The only dark cloud on her life is the fact that she hears a sinister angry voice from time to time whispering in the back of her head.

But Shea's not crazy. That voice in the back of her head is Jacques, a Carpathian who's been the victim of a vampire slayer and left staked underground. Since Shea didn't drop everything she was doing to rescue him, he figures his mate must be in on it, so he's the one who's been feeding her self-doubt and fear this whole time! And when she finally does figure it out and rescue him, he attacks her like a dog with rabies who's just smelled fresh steak tartare! Ha ha! Did I mention he's the love interest?

I was thinking about what it is that doesn't work for me about this series. It isn't necessarily the writing-- yes, it's cheesy, but HAVE YOU SEEN WHAT I READ? It isn't even the uber alpha heroes. Sometimes possessive works for me. I'm reading a medieval bodice-ripper right now where the hero is probably even crueler than Jacques. But there has to be some realism grounding the story and the characters have to act and feel in a way that seems believable. I really didn't like how Shea in this book and Raven in the other book quickly bowed to their abusive mates. They were bound to them against their will, had some pretty violent sex, and then had their guys rooting around in their heads, reading their minds, casually saying OF COURSE YOU HAVE A CHOICE-- as long as the choice is me.

Romance is supposed to be about fantasy and I guess if this is your kink, these books will appeal, because these dudes are antiquated patriarchs who want to control every aspect of their mates' lives (while insisting the whole time they're equals) and also while calling them condescending pet names like "little one" or "little red hair." I prefer a little more give and take in my romance novels and these books just aren't sitting well with me. I really wanted to love them because, you know, vampires, and the mythology of the books sounded super cool, but now I'm thinking that they just aren't for me.