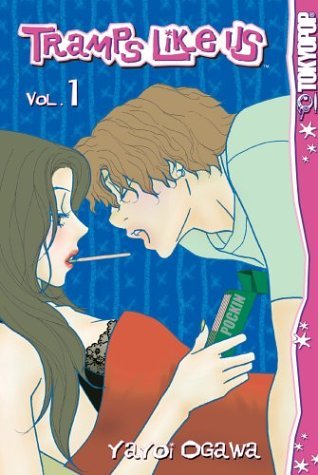 Sumire is tall, smart, and confident... which causes trouble with men and women alike, who find her intimidating and aloof. Her boyfriend broke up with her after getting another woman pregnant, and none of her coworkers feel sorry for her when they hear the news, even saying that she deserves it. She also gets demoted at work after punching her boss in the teeth for sexually harassing her. Life is pretty shitty... until she comes across a young man hiding in a box. The young man claims that his super demanded sex in exchange for rent, and when he refused, he was kicked out. Sumire takes the young man home and brashly says that he can't stay unless he agrees to be her pet... which he does.

As her complicated feelings for Momo develop, Sumire begins to question what she wants. She always assumed she wanted a taller man, who made more money, and took charge in a relationship, but as she dates one controlling man after another, she finds herself resenting made to keep silent and act passive, thinking instead of a short young man who calls her mistress and likes to dance.

I remember this being advertised in one of my manga growing up, but it is definitely not a manga for kids. The characters are in their twenties. Sumire is 27 and Momo is much younger (I want to say maybe 19, 20). Manga like this is typically categorized as josei, which means that it's for adult women and about adult women. I must say that it is very satisfying to see a book that is so empowering towards strong women. Sumire is not a passive woman and the insecurities she is made to feel about being intelligent and tall and confident as a woman are real.