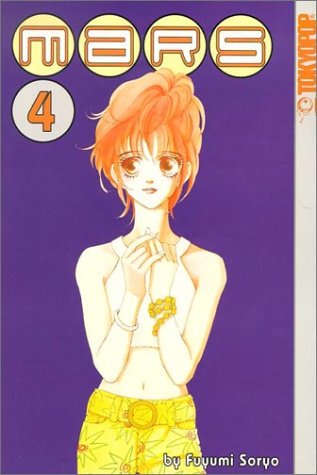 I knew serious shit was going to go down when book three ended with some mysterious woman crying while looking at Rei's portrait in the museum. But I didn't expect this book to be packed with SO MUCH DRAMA. I gave the previous book a lower rating because it was so slow-paced, but this one went by super quickly because of how much was piled onto the plot.

In book four, we get to meet Rei's ex-girlfriend, Shiori, a rich, pretty, spoiled girl who uses emotional manipulation to get what she wants, including threatening to kill herself. I already hate her. We also learn more about Rei's traumatic past, some of the fucked-up shit his mother told him, and about how Shiori basically two-timed Sei with Rei, basically stringing Sei along until he stepped aside... which may have led to his death.

This was Hana Yori Dango levels of drama, which is my gold standard for manga WTFuckery. The problem I had with this book was Kira. Kira, who was like "oh yeah sure you can smash my fingers with a dumbbell, I'm not breaking up with Rei" in the first book and is now like "of course I'll step aside for the OW if it's what Rei wants!" GIRL. Are you an invertebrate? Because you seem to be missing a spine. Like, in the beginning I admired her for her quiet strength but she's rapidly becoming an irritating pushover and I'm like: (-_-).

The one upside in this book is Harumi, the aforementioned finger-smasher, who has gone from schoolgirl mafia thug, to the #1 Team KiRei Stangirl who is willing to punch other women out for the sake of the ship! Also, Mars is now teasing a potential relationship with her and Tatsuya, Kira's guy friend who is essentially one step away from planning a tactical map out of the friendzone, so I'm not sure how that's going to work out. I guess we'll find out... in volume five.