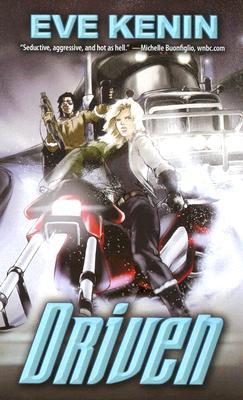 One of my favorite recent videos from CollegeHummor is called "Are You Nerdy Enough?" and the point of the video is basically that geek culture ties into male-centric hobbies and activities while excluding things that technically fit the bill but are deemed too feminine (e.g. liking My Little Pony instead of Game of Thrones, or collecting Barbies instead of action figures). It was a video that hit particularly hard because I've used a lot of those arguments when explaining to people that, even though critics panned it and most self-professed fantasy geeks disdain it, Jupiter Ascending is an amazing movie if you go into it understanding that it's basically the equivalent of AU Disney princess fanfic, only set in space, with werewolf angels, Soylent Phoenix Down, and space capitalism.

Every woman I've recommended that movie to has enjoyed it, even the ones who didn't think that they liked science-fiction movies. I went into it, with my ears filled with criticism, expecting that, at best, I would have something to laugh at (like Logan's Run)... but it was really good! I didn't just enjoy it ironically, I loved it to the point that I immediately went out and started reading fanfic about it on Ao3 because I wanted to lose myself in the world all over again. Funnily enough, when it first came out, I thought it was a movie version of Ann Aguirre's Grimspace, which also has chosen one elements set amidst a dramatic space opera backdrop with a stoic hottie and evil capitalists.

You're probably wondering, "Nenia, what about the BOOK?" To bring it all back, DRIVEN is basically science-fiction in the same vein of Jupiter Ascending, in that it features a kick-butt heroine who is allowed to have agency while also being emotionally vulnerable, and a hero who is stoic but not at the cost of vulnerability and who genuinely cares about the heroine and isn't afraid to show it. While reading this book, I kept thinking about what a fantastic movie it would be. It's like Mad Max: Frostbite edition with its ice pirates, evil capitalist truckers, and a truly evil villain who would make a lot of Bond baddies cry for their mommies. The action sequences are bomb, and there's plenty of romantic scenes to satisfy one's shipping heart. Someone needs to tell the Wachowski sisters about this book so they can create a movie of it, asap.

I'm giving it three stars not because it was mediocre but because it was a bit of a throwaway read. I actually thought the sex scenes were a little too numerous and cheesy, but it's my personal preference that my romance novels have a slow burn instead of instant "at first sight" attraction. The world-building was wonderful and creative and I am sad that it got a new cover because Love Spell's cheesy paranormal and futuristic covers always make me guffaw, especially when they try to use Photoshop. DRIVEN is good for the same reason that Jupiter Ascending is good, in that they are unapologetically over the top, but from the female perspective instead of the male perspective.

Going back to Jupiter Ascending, I saw one of the critics calling it "self-indulgent," which strikes me as particularly ironic because I would argue that most, if not all, science-fiction movies and books are self-indulgent, but it seems like that's only a bad thing with things that are geared towards women: romance novels, pretty cakes, Jupiter Ascending-- suddenly, "self-indulgent" becomes a frivolous, shameful thing that makes critics wring their hands in disgust as they yearn for some truly artistic, non-self-indulgent science-fiction, like Star Trek: The Original Series, or anything by Robert Heinlein. You know, real serious stuff with no dirty bits and mugging for the audience--

My point is that being self-indulgent is a totally okay thing, and whether you're writing princesses in space with their "this is my original character" werewolf angel love interests (I'm not joking about that), or thinly-disguised Mad Max homages with hot Vulcan-like characters who want you to live long and prosper in luuuuurve, people need to get over the fact that there ought to be a place for women (and non-binary individuals) at the science-fiction-fantasy table, and we want to bring our characters and our stories with us, and if you don't move over and make some room, we're just going to crush you with unicorns named Sparkle Blossom and hot cyborg/wolverine hybrids named Zayyne.