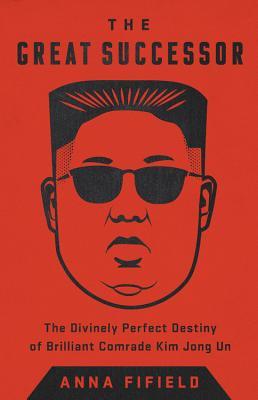 First, a shout-out to PublicAffairs publishing, which, looking at the jacket for this book, appears to be a Hachette imprint. I've received three advance copies from them and so far, all of them have been both meticulously researched and fascinating to read-- not an easy feat in a media environment where click bait snags you more readers in the public sphere. THE GREAT SUCCESSOR was no exception (I'm counting it as part of the three), so I just want to give mad props to whomever curates these journalists. Well done.

THE GREAT SUCCESSOR is an interesting book, and a controversial one. It's essentially a biography about Kim Jong Un: a brief history on his father and grandfather, his childhood, his rise to power, and his leadership. Fifield has been to North Korea more than a dozen times, and in addition to citing secondary sources, she also managed to get interviews with relatives, North Korean expatriates, and people who knew him growing up.

So much of what we know about North Korea is shrouded in propaganda or lies, and I thought that Fifield did a really great job trying to sort falsehood or speculation from objective fact. She talks about his very odd relationship with Rodman, his Swiss schooling, the brutal labor camps and laissez faire totalitarianism of the early parts of his regime, but also about the changes that he's making (for better or for worse), using conspicuous consumption as a tantalizing carrot to appeal to the rich set of his generation, as well as focusing more on economy and less on military as a means of appealing to his people in the wake of his terrifying and accelerated success developing weapons to use in the global nuclear arms race.

This book does humanize a leader of a nation considered "hostile," but I don't think it makes any apologies for what he does, either. If anything, this rendering of Kim Jong Un's character makes him seem even more dangerous, because it becomes a cautionary tale of how absolute power corrupts in the absence of any regulating factors. I did not know much about North Korea before reading this book, and getting the historical context for the hows and whys of its split from the South, and its many decades under totalitarian rule, really gave context for how the Kim family operates, and why they have been so successful holding on to power. It's dark and disturbing, but worth the read.