The Doll Factory by Elizabeth Macneal 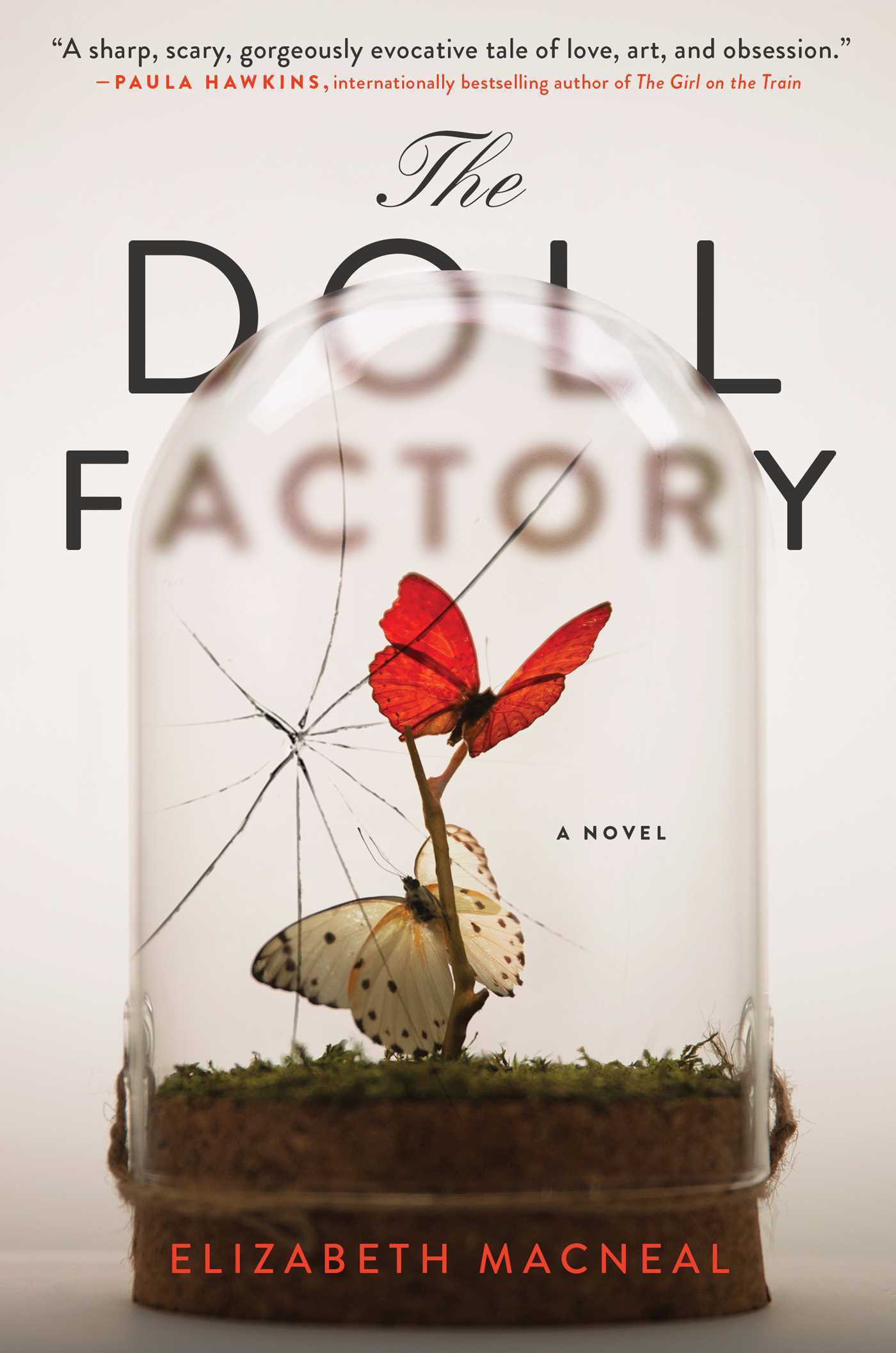 I'm a sucker for stories about murderous obsession, especially if it's channeled through art. John Fowles's THE COLLECTOR was about a butterfly collector who decided to broaden his repertoire to include a woman, and Patrick Süskind's PERFUME is about a perfume creator who wants to perfect the scent of a young girl. THE DOLL FACTORY, with its compellingly creepy summary, seemed like it would be yet another tale in that vein.

Iris works in a doll factory under the authoritarian watch of a drug-addled woman who's going crazy on a cocktail of Victorian-era medications including laudanum and arsenic. Iris is a beautiful young woman with a birth defect that causes her to have a twisted collarbone and an outthrust left shoulder, who wants to be a painter. Working with her is her bitter twin sister, Rose, who used to be the favorite of the family until she was disfigured by pox and her prospects were ruined.

One day, Iris catches the attention of a creepy taxidermist named Silas, who provides stuffed animals to artists as models. Silas gives Iris's name to an artist, hoping to curry favor, although when she becomes first his model, and then, later, his student and lover, his jealousy and mad obsession increases, and he begins to conceive of ways to make Iris his and his alone - at any cost. As Iris's talent increases along for her ardor for Louis, time begins to run out, and Silas slowly drums up the courage and supplies to make his move.

THE DOLL FACTORY definitely fits neatly into the "obsessive artist" genre, paying obvious homage to THE COLLECTOR. As the years go by, I find that many people turn their attention to past classics for inspiration and what was old once again becomes new. Three years ago, I read another COLLECTOR-inspired thriller, which was Dot Hutchinson's BUTTERFLY GARDEN, only that book had the distinction of being sensational and salacious in a way that was hard to put down.

THE DOLL FACTORY, on the other hand, is slow-moving and long. Iris is a character who is easy to like, but everyone in her life - from her sister, to her parents, to Silas, and even to Louis, initially - seems to want to take advantage of her, which is typical for a woman of no means living in Victorian England; she is not a living breathing woman with agency, but chattel to be possessed. Also true to Victorian England is the setting of squalor and the obsession with death, particularly death in art. The Victorians were mad for death, preserving and displaying animals in curio cabinets and under glass domes, wearing the hair and portraits of loved ones in jewellery, and basically acting morbid enough to give even the most hardcore of goths a run for their money. I thought that was well-portrayed here.

I liked this book, but the pacing made it hard to get through and it felt longer than it needed to be. I felt like the passages about Albie and his sister, for example, were unnecessary, and it made them seem much more necessary to the storyline than they actually needed to be by the end. There were a lot of unnecessary scenes that could have been sliced out to tighten the narrative flow. I don't regret reading it and I found the ending satisfying, but it was a long and arduous path getting there.