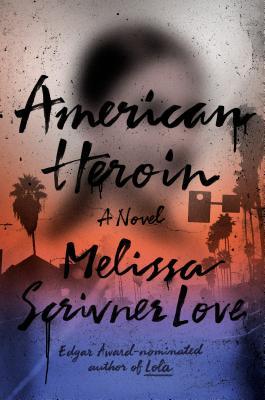 I was delighted to receive an advance copy of AMERICAN HEROIN because I really enjoyed the prequel, LOLA, so much. In my review of LOLA, I praised the novel for daring to do what so few books do: writes a compassionate and feminine heroine who is also capable of being incredibly strong and ruthless. Lola was a truly unique and unusual heroine, and her dark backstory and plucky grit made her an easy one to root for, even though she did unspeakably cruel things to lead her cartel.

AMERICAN HEROIN takes off where LOLA left off. Lola is now in charge and trying to manage her people and her deals, while also holding rival cartels at bay. In addition to her criminal life, she's also a parent dealing with the usual problems that all parents face: childhood bullying, discipline, and instilling good manners. Lola is aware of the irony of trying to teach her daughter to be a good person when she, her mother, is the polar opposite of what most people think of as a "good person," but she still tries, even while waiting for the other shoe to drop.

And of course it drops, because this is the cartel life, and it's just one backstab after another in cartel politics. The intrigue and complex social systems actually reminded me a little of Karina Halle's Dirty Angels series, which was also about cartels, but unlike Dirty Angels, Scrivner's series is about cartels that are led by women; the female characters aren't hapless heroines who were entangled in the shady life through the men they end up falling for, but strong leaders in their own right. All of the female characters in this book-- including Lola's young daughter, Lucy-- are fully autonomous, complex human beings, who make bad choices, and learn from those mistakes.

I sadly didn't enjoy this book as much as I enjoyed LOLA-- it's a lot slower, and lacks the high octane energy of the first book, where I literally couldn't turn the pages as fast as I wanted to read them. AMERICAN HEROIN isn't bad, but it's not as good as the sequel. That said, I wasn't mad at this book, and it helped pass the time on the bus (although I got a hilarious side-eye from an older lady, who was clearly unimpressed with the title). Scrivner leaves the book open for a sequel, too, which makes me think that a Lola #3 might be looming on the horizon-- hopefully it's as good as the first.