The Dance by Christopher Pike 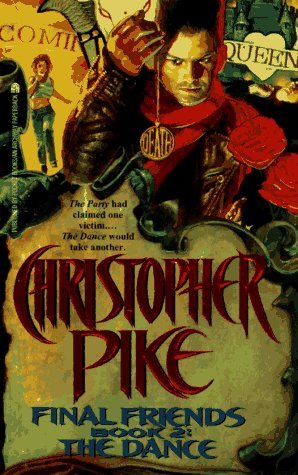 This series has been stressing me out in the best possible way and I'm actually having a great time reading it. Unlike most of these YA horror pulps, which tend to be one and done deals, the plot of this one is spread out over a trilogy. I detail the characters in my review of book one and don't feel like getting into all of that again because there are so many of them, but I really liked how Pike developed their characters.

Book one is sort of like a locked-room mystery, except 80% of the book is character building. By the time the murder finally happens, tensions are at an all-time high and you have your pick of suspects. I thought for sure I'd find out whodunnit in book two, but no. There's still one book left in the trilogy, and the answers we seek aren't in this one. There is, however, another attempted murder resulting in a disfiguring accident, and you learn even more clues and character insights that make you question everything you thought you knew about the characters.

I don't want to say too much about THE DANCE because less is definitely more going into these books. They're much edgier than I thought they would be for the time in which they were written, dealing with sex, drugs, and economic inequality in a way that is surprisingly mature for pulps. It's also kind of cool that two of the characters aren't white, although Pike does take the cliche route, making the Black player come from the ghetto and be good at basketball and the Latina character an illegal immigrant.

Overall, though, I have been super impressed with these books. I think they would have scandalized me (in a good way) if I'd read them as a kid. I like that Pike, like Caroline B. Cooney and L.J. Smith, doesn't really pull back the punches in his books. They're suspenseful and sometimes even sensual in a way that a lot of YA books of the time really weren't. It's easy to see why he's a cult favorite. I can't wait to see what happens in the last book. Expect my review for that and the series as a whole soon!