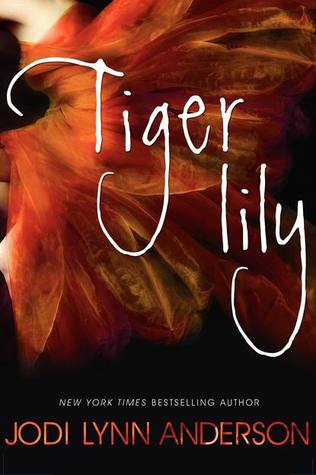 We're sorry, but the number you are trying to dial, 1-800-MY-FEELINGS, has been disconnected. Please try again later when the caller isn't a hot weeping mess on the floor.

Hi, this book fucking wrecked me. I'm not even sorry because it hurt so good. The original Peter Pan story is actually very dark and creepy; it is a world filled with cruelty and death. The Disney version only really scrapes at the surface of it. Jodi Lynn Anderson's interpretation is a marvelous, twisty world-- a version of Neverland that is fickle and capricious, as subject to whims as its inhabitants.

Here, the narrator is Tinker Bell, but the main character is really Tiger Lily. She is given full agency in this book. We see her troubles and woes. Her village is suspicious of her and thinks she is cursed, but because she is the daughter of the shaman (who I think is supposed to be a two-spirit person), she is granted some clemency. All of that is changed when she meets Peter and his band of lost boys and the English people come to their shores.

This was just so dark and so good. Mermaids eat people. The pirates are psychotic (one of them used to be and still is a serial killer). Peter's lost boys were actually boys he rescued/kidnapped that were swabs/slaves of the pirates. Wendy is-- well, a bitch, although she doesn't mean to be, which makes it even more annoying that she is. And Tiger Lily is... wonderful. I loved how fleshed out she was, with strengths and weaknesses. There's an air of doomed romance that hangs over the plot, keeping it tight, making you turn the pages with bated breath. I love doomed romance even though I hate it for being doomed and if a book makes you invested enough that the ending hurts, it must be a good book.

So yes, I read TIGER LILY fully expecting not to like it and it ended up destroying me.