The Fox Woman by Kij Johnson 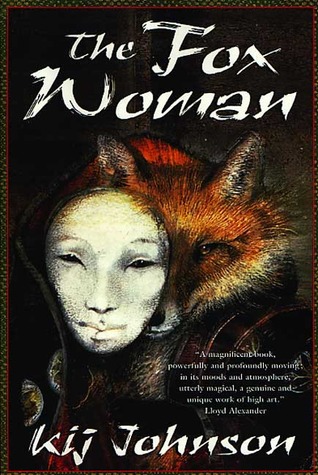 I didn't think anything could top the animal sex in Donna Jo Napoli's BEAST, but it's like Kij Johnson read that and was like, "Hold my beer." Even though THE FOX WOMAN is a beautiful fairytale set in Medieval Japan, there are a lot of things about it that are pretty, um, gross. Sex with animals. Incest sex. What you could argue is rape. I liked the story ultimately but it is not for everyone.

Yoshifuji is an official in Japan who has been passed over for promotion and goes to his estate in the countryside to sulk, taking his wife, Shikujo, and his son, Tadamaro, with him. Yoshifuji and Tadamaro are fascinated by the proximity to the woods and their natural beauty, but Shikujo is unnerved by the sight of a fox.

Kitsune is a fox who lives with her brother, grandfather, and mother. They are animals and live as animals do, which sometimes entails gross things. She quickly becomes fascinated by the strangeness of her human neighbors, which leads to her slowly falling for Yoshifuji. Through this infatuation, she persuades her grandfather to teach her the fox magic that will allow her to turn into a human.

Similar books to this are THE LAST UNICORN, THE SHAPECHANGER'S WIFE, and BEAST. Through the beautiful writing, Johnson conveys an interesting smorgasbord of ideas that revolve around man, wild, love, reality, and what it really means to feel. I think the strongest part of the story is the middle section once Yoshifuji and Kitsune really start their relationship. The ending peters out a little and is sad, but stories like this often are. I think a lot of the nuances of this were lost on me when I read it as a teen and I was more grossed out by the weird animal sex. Honestly, it's truly unique, and if you enjoy a lush and atmospheric tale drenched in magic and scenery, you'll probably love this.