Wife by Arrangement by Rin Ogata 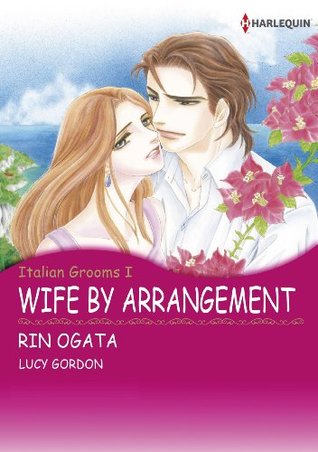 Heather works at a perfume store and is dating a rich Italian man named Lorenzo, so obviously she's shocked when an arrogant, obnoxious man smarms his way to her perfume counter and attempts to brashly pick her up. As she finds out when out to dinner with Lorenzo, this is the half-brother of her BF/fiance, and he was doing it all to test her morals because that's what bros do, I guess?

Anyway, she thinks he sucks but gets a proposal out of it and goes to Italy to meet the fam. While there, she gets to know Renato, the half-brother, better, and finds out that he's actually deep. And he has woman-issues because his heart was broken. But he's basically a really, really good guy. *eye roll* No, but somehow the author (and the manga artist) actually made me buy it because he wasn't that much of an ogre, so it was totally easy to buy the fact that he was a delusional playboy who wasn't ready to open up with his feelings.

I began to wonder how the author was going to ditch Lorenzo and get Heather and Renato together since he was the obvious love interest and I actually didn't expect her to do what she did. It wasn't really the easy option but it ended up fleshing out the plot a lot and making it quite meaty and dramatic. There's no OW drama, just OM drama, and nobody does anything super cruel. I know, right?

What an unexpected delight this one was.