The Other Side of Perfect by Mariko Turk 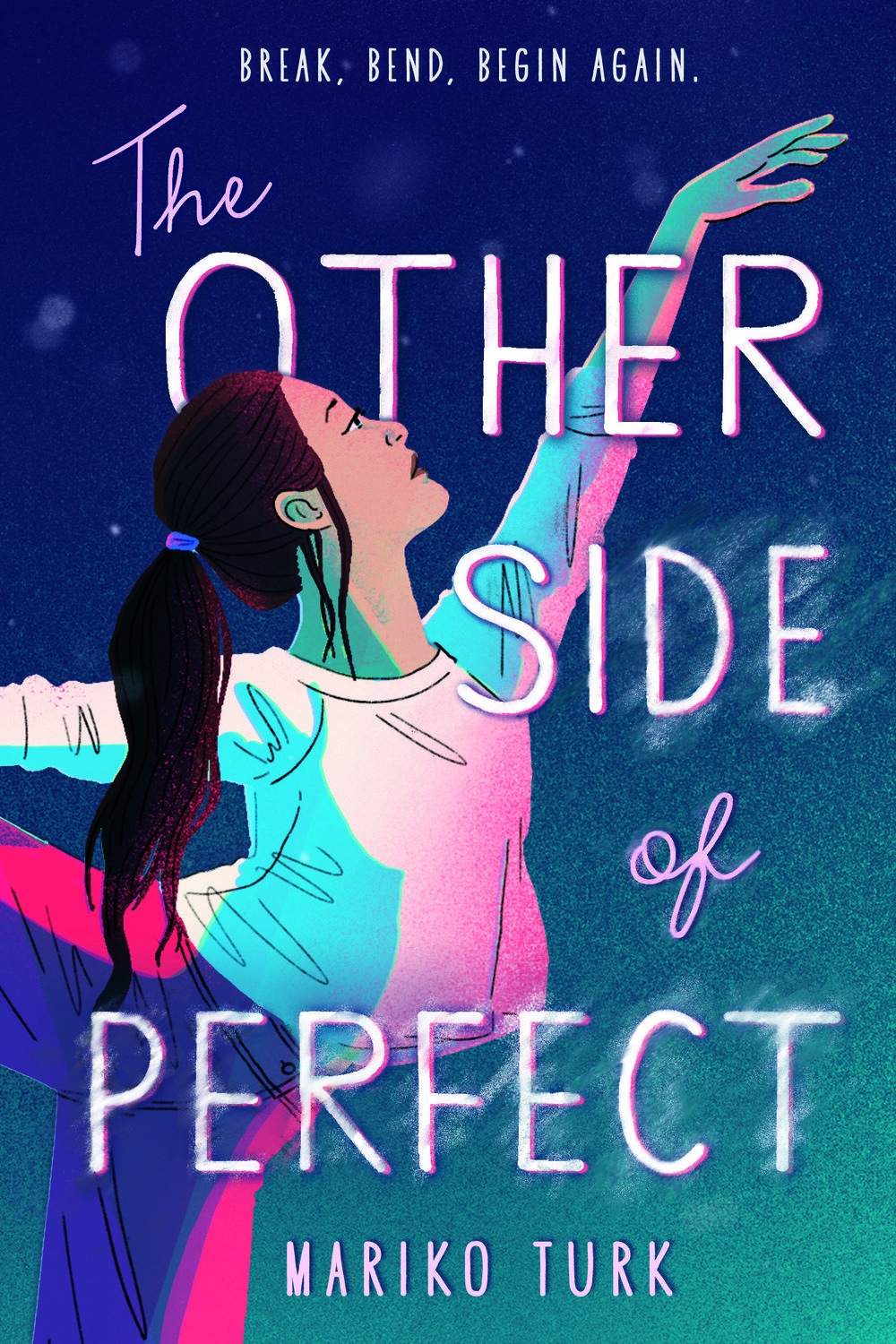 I am so fascinated by stories about dance and ballet because of the discipline it requires and the fascination I have with people who can turn their living, breathing bodies into art. So when I found out I could get a copy of THE OTHER SIDE OF PERFECT to read, I didn't think twice. This is an amazing book that's about a girl's second chance at finding her dreams, as well as confronting injustice and grief head-on, and it does it in such a clear-eyed, refreshing way that I was in love.

Alina is not the typical, gung-ho, eternal optimist heroine that many of us have come to expect in YA. She's bitter and she's angry, with good reason. After breaking her leg, she has found out that she will never be able to do ballet for a living and to make matters worse, it happens right as she is on the verge of making it. When she ends up in musical theater, it feels like a second place trophy and she isn't exactly thrilled with the cliquish, snarky theater kids, and their loud vaudeville banter.

That changes when she ends up becoming friends with Margot, Ethan, and Jude, and finds that their companionship can make some of her grief abate. But she still feels an intense jealousy that makes her unable to talk to her ballet friends, and her feelings put a wall between her and the rest of her family, especially her younger sister, Josie, who looks up to her but is also resentful of her in some ways, too.

THE OTHER SIDE OF PERFECT is a great book because it never does the expected. I love the way that Alina, who is half-Japanese, ends up being able to confront the people who discriminated against her or treated her unfairly at various points in the book. I like the discussions of art, and how harmful representations are often immortalized because people believe that art, being what it is, is infallible and pure, even if other people sometimes end up emulating in it because it is never really framed in historical contexts that could provide insights into some of the problematic elements of art. I liked how Alina talked about her heritage, and the open communications she had with her friends when they hurt her by acting like ambition was a negative trait in women. I liked the subversion of the mean girl trope.

The only thing I didn't love about TOSOP was that it could be a little slow-paced and some of the conversations Alina had with her friends felt more like an adult talking to prove a point than it did like teenagers. You definitely got the impression at the end especially that the author was using her platform to tell a message and even though I liked the message, I'm not necessarily sure it always felt like it was occurring on a level of self-reflection that most teens are capable of, or that it fit in with the characters.

But if you love dance, cozy stories that aren't too fluffy, and unlikable heroines who have a rich character development arc, this is a great book for you. Definitely a fascinating book that manages to convey an intense passion for art and an awareness of what the human spirit is capable of.

Also, major kudos to the author for crediting her cover designer and artist by name in the afterword.