The Red Pyramid by Rick Riordan 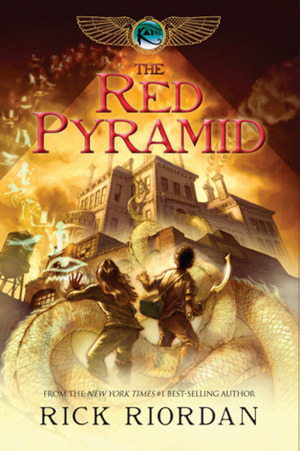 This book has the best world-building and magic system but it's bogged down by the child narrators who are also the most annoying. It's a shame because I think the fact that they're both interracial is cool and Rick Riordan actually doesn't seem to handle it that badly (he's been praised for making an effort at inclusion and diversity in his books as a white author and I honestly think that he is probably one of the most proactive white young adult authors doing so in a non-problematic way); they were just really, really tiring. The constant asides and bickering in parenthetical brackets got old, fast, and his attempt to write "British" talk with Sadie's POVs was painful because it basically just consisted of overuse of the words "blokes" and "quite." I mean, at least throw in a "well good" or "chuffed" or an "I've not been/done X." It was like the British equivalent of writing a French POV and just having them say "sacre bleu" with a bunch of intext "ho ho hos." Also, the books are way too long. That's a consistent theme among all of these for me, so far. Way too much pointless "witty banter" and bad jokes. I know they're for middle grade. I don't care.