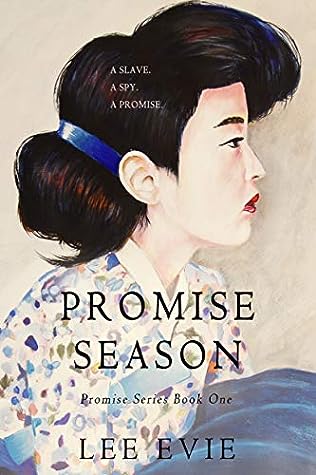 I had never heard of this author before but I bought PROMISE SEASON on a whim because it was only $2.99 and I really liked the cover. Set in Joseon-era Korea, it is about a girl named Seorin. Seorin was once a girl from a noble family but they were plunged into a ruin following an insurrectionist plot and now she is basically a sex slave, a gisaeng, which is kind of like an indentured geisha. She hates her life but is determined to endure the new normal until one day, a man breaks into their compound and is in desperate need of her help.

After that, Seorin finds herself embroiled in the same plot that was the end of her brother and father. But she agrees to be a spy to save her younger sister from meeting her own fate. There's romance, espionage, and derring do, all with exquisitely clean prose and a gentle narrative of a young girl who learns that she is worth more than the sum of her parts.

The author lists Yangsze Choo as one of her influences and I can see that. Like Choo, Evie is really good at writing an adventure story set in Asia with a strong female protagonist who is brave without being brash and compassionate without being foolish. This is an indie work but it is incredibly polished and I was really impressed at the consistency of the narrative. I just wish that there had been a bit more action because at times the pacing did feel a bit off, but I think that's just me being picky.

If you enjoy learning about Asian history, you should definitely read this book! I'll definitely be checking out more from this author.