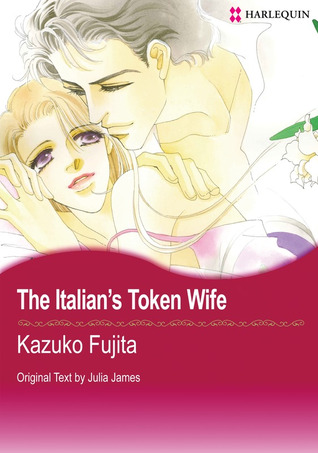 I am such a sucker for blackmail relationship/bought bride tropes in romance, so when I found out that this manga was basically that, I was super excited. Magda is a cleaning woman who is shocked when a gorgeous Italian man offers her $10,000 to get married. She eventually agrees to marry Rafaello and finds out it's all part of a plot to get back at his father.

But Rafaello isn't the jerk that she thought he was and he's so nice to her son, Benji. Pretty soon, she starts to forget about the money at all as one intimate moment after another happens, but her new life with him in Italy is filled with people who are determined to break them apart and Rafaello's entitlement might be enough to undermine Magda's slowly growing affection for him in spite of her wariness.

So this was light and fun and I really enjoyed it. There was nothing stand-out about it but it also had nothing offensive, either. Fade-to-black sex scenes, no forced seduction/dub-con, and very minimal (albeit cliche) OW drama.