Rent a Boyfriend by Gloria Chao 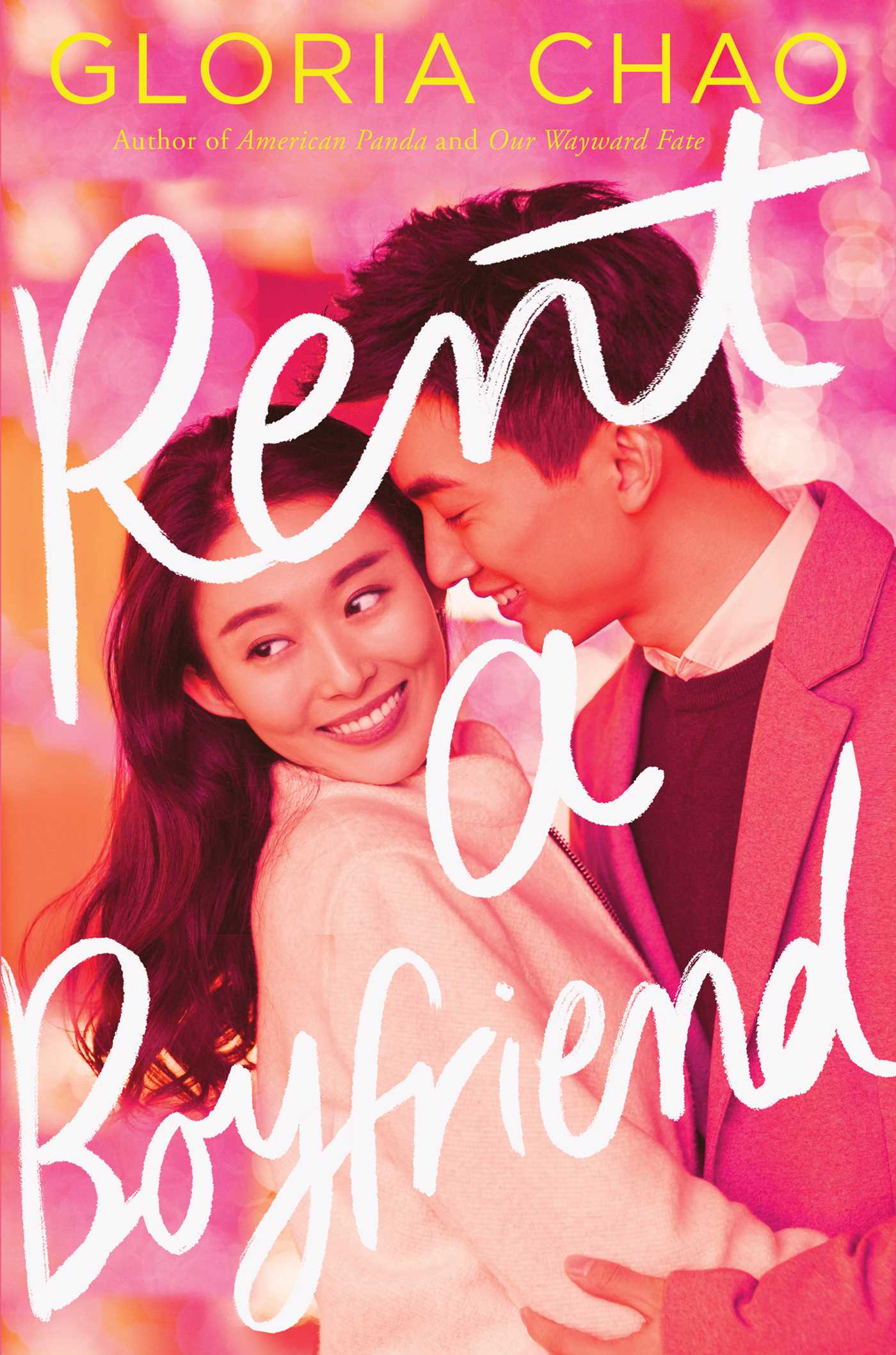 AMERICAN PANDA is one of my favorite young adult books, and cemented Gloria Chao as an "insta-buy" author for me because of her excellent balance of light and chatty narrative and her serious handling of tough topics. Plus, she's filling that much-needed gap of YA that is geared towards older teens and verges on new adult but doesn't have all of the "edgy" and graphic content that makes new adult more... well, adult.

RENT A BOYFRIEND is apparently based on a real practice that people do in some Asian countries, according to the author, where women "hire" fake boyfriends to bring home for the holidays to get their parents off their backs about marriage. Here, the author has made up an American company called Rent a Boyfriend. The heroine, Chloe/Jingjing has hired Andrew/Drew to please her parents and get a truly wretched excuse of a potential fiance (Hongbo) off her back and hopefully out of her life for good.

Andrew makes a good impression to Chloe's parents but they still want Chloe to marry Hongbo because his parents are incredibly rich and prominent figures in their local community. Never mind that she already turned him down and has expressed over and over that she wants nothing to do with him. Her parents won't take "no" for an answer. As Andrew and Chloe grow closer over the holidays, they find that this dissonance between who they would like to be and who they feel they have to be to please their parents is something they have in common, only when Andrew chose his path, he ended up alienating his parents for good.

Pretty soon the lies stack on top of lies and Chloe begins to struggle to keep everything she's told her parents straight, especially when it becomes clear that her parents have secrets of her own. When Andrew and Chloe decide to make their relationship real, it becomes clear pretty fast that the truth will have to out-- but Chloe fears that her parents might decide to cut her out of their lives for her choices, and that being independent might mean being alone.

So this was a really good book. I loved the concept and I thought the author did a good job balancing the cute rom-com elements with the more serious elements revolving around autonomy, family, and tradition. At times, I really did feel like I was watching an Asian drama because of all the twists and introspective moments and the inner-monologues. This would make a great movie. I did think the beginning was stronger than the end and I'm not really sure why. I feel like her father's secret was drawn out for too long and maybe it felt like the book could have ended sooner than it did and would have been a stronger book because of it. But Drew was SUCH a lovely love interest and Chloe was relatable and strong while still staying true to her shy character, so it ended up working.

I will definitely be checking out OUR WAYWARD FATE and anything else Ms. Chao writes. <3