The Black Isle by Sandi Tan 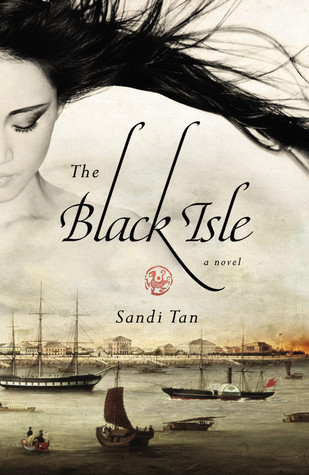 I don't think I've been this blown away by a historical fiction work since reading THE LAST INNOCENT HOUR by Margot Abbott. This is a sweeping panoramic view of East Asia from the 1920s to the 1960s through one woman's life from China in the Depression to one of the Pacific Islands under first British and then Japanese occupancy (I was never entirely clear whether it was supposed to be Malaysia or Singapore, although it sounded a bit like Tekong even though it's called the Black Isle) and then back. It's a brutal and beautiful story, and the author manages to capture the poignancy and cruelty of life by making the heroine able to speak to and talk to ghosts. One thing you will learn by reading this book: history is filled with ghosts.

I do want to issue a caveat. This is one of the darkest, most disturbing books I've read in a while. At first, I was keeping a list of content warnings but then I stopped because it started being less a case of "what should I warn for?" and more about "what shouldn't I?" If you've read THE POPPY WAR or Iris Chang's book about Nanjing, you will know that WWII/The Second Sino-Japanese War was filled with unspeakable acts of cruelties and war crimes. This book doesn't shirk over them and at times, I think it was actually worse than TPW. It made me even more uncomfortable to read, I think because in TPW the narration was in third person and the violence was removed because it was described mostly in the abstract. Here, it's so much more personal in the first person narrative and it was just... really, really hard to read. And it wasn't just that one part-- there is sexual content that is incredibly explicit and taboo and some really bleak insights into humanity and war.

So, basically, what I'm getting at is: read at your own risk.

If you can withstand the unpleasant subject matter, though, this really is a compelling read. I love stories that follow a character across the entire span of their lives and this really has the feeling of some of those 1970s epics. It doesn't gloss over the less savory elements and Cassandra, the heroine, ended up feeling like an incredibly well-rounded character because of it. When we first meet her, she is an old woman still haunted by ghosts and now a published historian, only someone is destroying her books and seemingly trying to erase her. She is contacted by a professor who claims to be a fan of her work and wants to find out the truth, and these interviews are interspersed with Cassandra narrating her own life from childhood to old age, and pretty soon past meets present in a truly unexpected way.

I basically spent huge swaths of this book either 1) biting my nails, 2) running to a dictionary, or 3) running to Wikipedia. There was so much to endure and learn and it ended up becoming that ideal kind of reading journey: a truly unique and powerful experience. I actually bought this book despite being fatigued by WWII-era fiction because I received a copy of this author's other book, LURKERS, and ended up enjoying that way more than I expected to. In that book, also, the author deftly portrayed characters at their most human and I figured anyone who wrote about suburbia that well probably couldn't write a bad historical fiction-- and I was not wrong! This book was even better than LURKERS in some ways, maybe because there was only one character to focus on instead of, like, eight.

Definitely recommend this to fans of old-skool historical epics and Asian history.