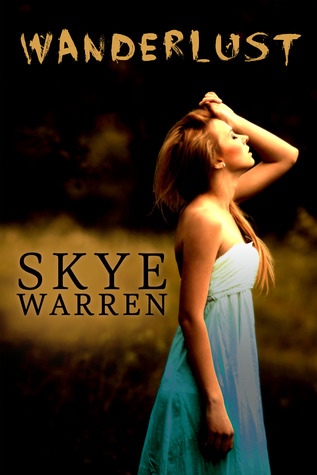 Skye Warren can be very hit or miss with me. This is one of her better works and I actually did enjoy parts of it quite a bit. Evie is the daughter of a neurotically overprotective mother who has catalogued all the bad news stories of girls getting abducted as a means of keeping Evie close to home. One day, Evie decides she's had enough and wants to go on a road trip to Niagara Falls, her dream destination.

At a truck stop, a creepy hot guy offers to buy her dinner. She refuses, but that isn't the last she sees of him. In her rundown motel room, Evie learns firsthand what her mother never specified-- what happens after those girls in the news stories disappear. From there, this book becomes a road trip, erotica, and dark angsty romance, and while it does work to a degree, the dark beginning doesn't really match up with the sweet, romantic ending the author tried to tack on to this work to make it into a romance.

I did really like the sex scenes and the first scene in that hotel room was SO MEMORABLE. It literally gave me chills. Like, oh my God, this is like something out of a nightmare. I've read some bad sex scenes from this author; this was good. I also thought the story was really intense-- it kept me turning the pages, wanting to see what happened next. Hunter's backstory could have used some development. This is a short read and I think being longer might have made his character feel more real. I just had trouble buying that Evie would have such a brisk change of heart after what he did.

Content warnings for abuse and non-con. This is not a safe read and it won't be everyone's cuppa. I liked it but probably wouldn't read it again.