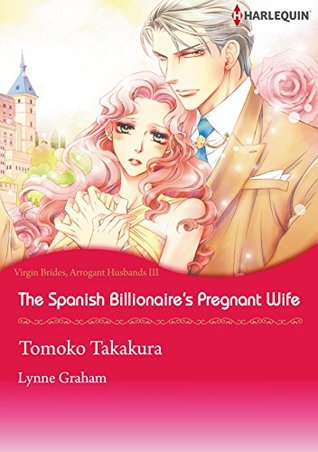 This was the last book in a three-book bundle that are all about an interconnected series of romance novels about women finding love with rich guys who are all connected in a surprising and unexpected way. I wasn't expecting the connection in the second book so it was fun waiting for it in the third, kind of but not really knowing what would happen. I like it when romance novels are linked.

This book is about a waitress named Molly who catches the eye of a rich Spanish guy who's a business man and also a duke, because when rich guys do things, they don't do them by halves. They have a night of unprotected passion which results in the usual thing, and suddenly he's all like "MARRY ME AND LET ME MAKE AN HONEST WOMAN OUT OF YOU AND MY HEIR." And she's like, "Okay," but the mother is totally 100% NOT okay with that.

Drama ensues. Also, the hero is jealous AF and there's some secret drama between him and his late wife and the heroine lives in the house of a rich landlord who might also like her? And it's just. So. Much. Drama. Like, I seriously can't even.

This one was fine. So far I liked the second book in this bundle the best. The first one had a good story but bad art. The second one had good art and a good story. This one has a bad story but good art. I'm going to give it a three but it would be a four if it weren't so happy with the big misunderstandings.