Taken by Passion by Jaymie Holland 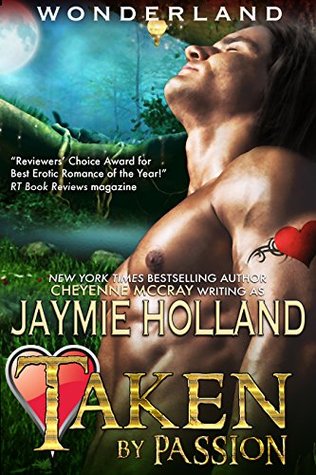 Oh my God this book was just as bad as I remembered. No shade to the people who liked it because I do understand that this is basically just like an expanded version of those erotica shorts that people enjoy reading for the smut (#FTS) but... even with the alleged 60 new pages of content to expand and flesh out the story, I thought this was pretty awful.

The heroine is plus-sized but the way this is brought up is pretty cringe-worthy. Back in 2012, people were way worse about body positivity so I guess I was hoping that maybe the expanded, rewritten version wouldn't have Alice hating on her appearance so much. Not so. Also it still has the icky beginning where she finds out her boyfriend/fiance is cheating on her with TWO other people and when caught, he immediately insults Alice's weight. Gross. And then you have the hero, Jarronn, validating the heroine by telling her how hot he thinks she is which feels... um. Gross.

I didn't like the sex scenes either. They felt very juvenile to me. I think they're supposed to be. This is one-shot escapist fantasy but it's written like it too. And the writing is not good. The heroine's internal monologues are so weird. When she's not beating herself up for her weight, she's making up-- I kid you not-- fake Twitter updates that she could post about her situation, replete with hashtags. In terms of quality, this definitely feels up there with monsterotica and dinoporn.