The Amalfi Bride by Marito Ai 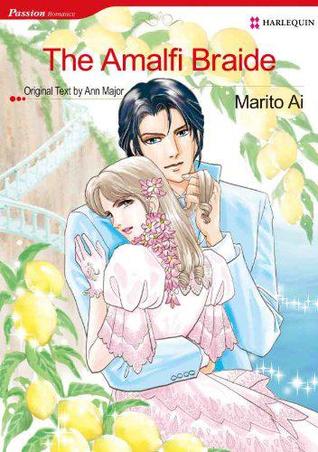 I wish I could meet Marito Ai because I feel like she and I probably have really similar tastes in books. Every single manga adaption I've read from her has been wonderful-- even the ones with the silly titles-- and she's become one of those artists I actively seek out because I love her style and her work so much. Part of me hopes that these mangaka read the romance novels they choose to adapt prior to adapting them and then choose the ones they like best. Something about that just really appeals to me-- it's like the highest level of fanfiction, almost like directing a movie adaptation but with art.

THE AMALFI BRIDE has a really interesting plot. Basically, our heroine is a lawyer named Regina who doesn't need no man and plans to have a child with a surrogate and live with another woman (either her sister or a friend, I forget which-- friend, I think) who's doing the same thing.

Her tune changes a bit when she sees a hot guy at a bar she assumes is a gigolo because he wears plain clothes and she's constantly seeing him in the company of other woman. Taking a risk, she decides to try to catch his attention and obtain his "services," but he isn't who she thinks he is, and her night with him turns into three, which quickly turns into a big misunderstanding.

I liked this story a lot and I don't want to say too much more because it'll spoil the twist (which I wasn't really expecting-- haha, I'm such a clown). I would give this a higher rating if not for the hero deciding to be a raging jerk in the last act and one of his relatives gaslighting the heroine by saying that people are only angry when they're worried. I'm sorry, but that's the rhetoric of abusers and seeing that used when the couple was so sweet together up until that horrible rage-quit moment was kind of sad.

I still really enjoyed this story and I will round up to a four but that really left a sour taste in my mouth. Doesn't make Marito Ai any less of a talent, though, and I'll continue to seek out her delightfully trashy adaptations of HQ romance novels.