The Portrait by Megan Chance 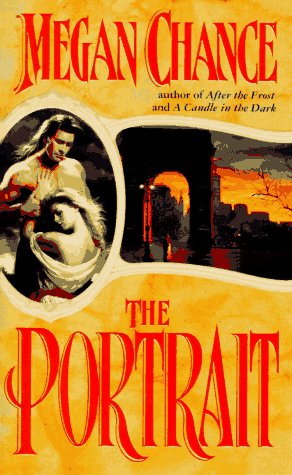 I was really glad when my friend Heather agreed to buddy-read this with me because THE PORTRAIT has been on my to-read list forever. It's a love story between an aspiring artist and a brilliant one, but it's also so much more than that. It's a story about finding self-confidence, second chances, and learning to be loved. In a way, this is an ode to both art and love-- and I'm honestly amazed at how much research the author must have had to pour in to write all of those scenes in the work studio and the salons with such detail. This would make a brilliant mini-series because it feels so much larger than life.

Imogene, the heroine, is the unloved daughter of an academic who regrets that her prettier, smarter sister passed away of cholera. She lives with her guardian right now, who seems to feel more affection for her, but he is also distant and remote. They have sent her to study with Jonas, a renowned and brilliant painter-- unknown to Imogen, he has been blackmailed into taking her on. If he refuses her as a student, Imogen's father will no longer patronize him.

Initially, it's an enemies to lovers romance of sorts, with Jonas despising her on sight and seeking to humiliate and destroy her. Imogene bears it all, determined to learn, determined to understand, and one day something shifts and Jonas finds himself fascinated and terrified, like a sentient moth drawn to the very flame it knows might consume it wholly. I worried that the romance might feel unequal or exploitative but it is neither. Imogene has the presence of mind to stand up for what she wants and doesn't romanticize Jonas or let herself be romanticized. And Jonas, in turn, learns self-honesty and the importance of letting people in when you're feeling raw. Both of them have been betrayed badly by loved ones, so the road to these lessons is a rocky and arduous one.

At the core of this story, this is about what it is like to love someone who is mentally ill. Jonas suffers from bipolar disorder, and since this historical fiction, there isn't much treatment around, so he's forced to endure his episodes and largely self-medicate. This is not a "love fixes all ills" story and one of the things I loved about the book is that Imogene isn't setting out to save him or fix him. She wants to love him and keep him safe, but she also appreciates his brilliance and she loves the way that he makes her feel loved after living with such a cold and unloving family.

This is a very hard book to read because when it gets dark, it gets dark, but it is not without hope of redemption and I thought all of the characters were really well-written. So many historical romances feel like the "same" story with a slightly different wrapping, so it was refreshing to see something that is so uniquely plotted. Imogene was a fascinating character in her own right and Jonas was so tortured, and seeing him struggle was genuinely painful and made me worry about the cost of an HEA. I did really like the story but it did feel slightly longer than it needed to be, and the end in particular felt a little too drawn-out, and I found myself skimming, desperately hoping that everything would be OK.

Note: there is always a debate about art and suffering, and whether a creator who is enduring problems with their mental health ought to do so if it means that their art is the means to the end. As someone who has studied psychology, I would say no. Mental well-being should always come first. If you are afraid that you will no longer be able to create while pursuing treatment, remember that art comes in many forms and that "different" does not mean worse. How Jonas's illness affected his art isn't really touched upon as much, but reading this book made me think about other discussions I've seen on the topic, and if you're reading this and feeling that struggle, there are hotlines and professionals out there who can help provide you with the resources to feel better, and your art will wait.