The Most Coveted Prize by Yoko Iwasaki 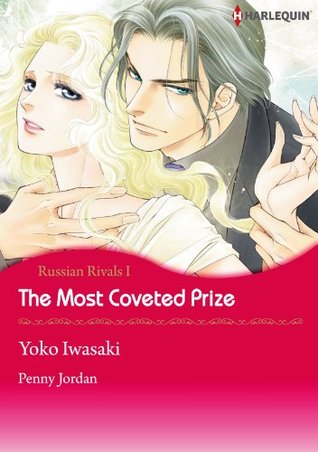 This one was fine. I grabbed this book while it was on sale because I'm a huge fan of Harlequin manga. The hero, Kiryl, is a rich Russian billionaire in the middle of negotiating a high-stakes deal. The heroine, Alena, encounters him in the lobby of an expensive hotel, drawn to his good looks. By pure coincidence, it turns out that she's the sister of Kiryl's rival, Vasili. So what does he do? Plans to seduce her, thereby ruining her and compromising the family-oriented Demidov company image. But he doesn't expect to fall for her in the process.

The art was great. Hero was a jerk, but this is adapted from a Penny Jordan romance, so I expected nothing less. Heroine has her pride and isn't about to sacrifice it for the hero, which I liked. The ending was pretty sweet and I liked how her controlling brother showed his softer side at the end.

When I rate these HQ manga, I typically grade based on appearance, the story itself and how well it gets adapted to the comic book format, and the art. Everything was satisfactory but nothing really stood out to me, so I think a 3-3.5 star rating seems fair. Some of these manga are actually quite terrible, but apart from moving a little fast, this one was pure, bite-sized fun.