An Inconvenient Woman: A Novel by Stéphanie Buelens 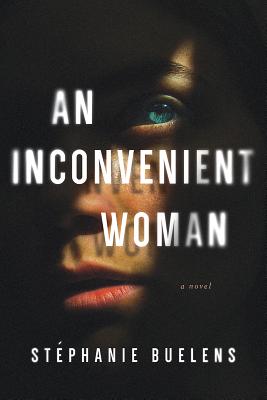 AN INCONVENIENT WOMAN is about two women. One of these women is Claire, a French teacher who is haunted by her ex-husband, Simon. She's convinced that he is a child abuser and blames him for the death of her teenage daughter, Melody. Now he's about to get married to another woman who has a young daughter, and Claire is convinced that he's going to do it all again. The other woman is Sloan, an ex-cop, who is the daughter of a cop, who now works as a "fixer," although she self-describes as a "sin eater," which is interesting but not quite analogous.

It's difficult to say more about this book without delving into spoilers, but this book is similar to stories like GIRL ON THE TRAIN, where the reader is made to wonder just how much of the situation is in the unreliable narrator's head, and how much is real. Did Simon actually do the dangerous things that Claire says he did? Or was Claire actually the dangerous one all along?

This is a very short book (under 300 pages) and very readable. Once I actually had time to sit down and read, I finished it in a few hours. I'm giving the book three stars because I found it a little predictable. I guessed most of the twists before they happened, which is always disappointing in a mystery, where part of the fun is getting to be surprised. The writing also sometimes comes in telegraph bursts, which I found distracting. I did enjoy AN INCONVENIENT WOMAN, and there were still some elements that I didn't see coming, so a three-star "I liked it but didn't like-like it" review seems fair.

I'd definitely check out more from this author in the future.