Mistaken for a Mistress by Marito Ai 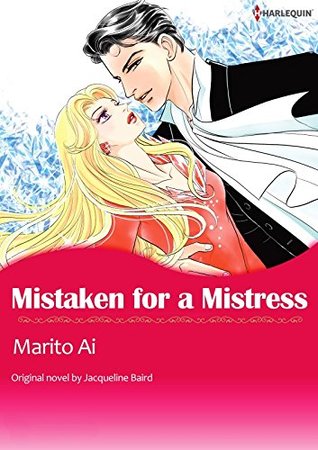 Wow, this was really good and ticked all the boxes I have for my manga expectations. The art was great, the story was good, it felt like a good adaptation of the original work, and the heroine was strong and no-nonsense. Can you ask for more in a comic based off of a Harlequin novel? Because I honestly can't.

Marlene's mother was the mistress of a wealthy Italian man named Paolo who came back to them when he learned that he was suffering from heart complications that would hasten his death. When Marlene's mother (also named Marlene) died in a car wreck, the tragedy of it shocked Paolo into dying shortly after. Now Marlene lives alone with her baby half-brother, watching over the industrial sized herb garden that was her only legacy, until Paolo's will is read, and the child and representative of said child's estate come to contest it.

Rocco's father is the family lawyer for Paolo's family, and Rocco has come to the U.S. with the legitimate daughter as a representative for his father. He's struck by Marlene's beauty and thinks that she's just a gold-digger, who will be as quick to jump into bed with him as she was with (he thinks) Paolo. Unfortunately for him, Marlene is fluent in Italian and doesn't like what she hears him and the daughter saying about her, but she pretends that she can't understand what they're saying and files everything away for later, for when she goes to Italy to attend the board meeting for Paolo's company (he left her many shares), as well as to see the villa she inherited.

I loved all the secrets both families had, and the cattiness of the real family. There weren't any ridiculously over-the-top shenanigans, but I liked that, because you don't have to be extreme to be cruel enough to cut to the quick. I also liked Rocco's slow transformation. He was the perfect blend of icy restraint and possessive, without seeming pouty and childish (as many of the heroes in these Harlequin adaptations are). The romance between them was great. I honestly have no complaints. The heroine was strong and did what she had to do to stand up for her brother, and was willing to cast the hero aside when she thought that he wouldn't be able to respect that. *slow claps*