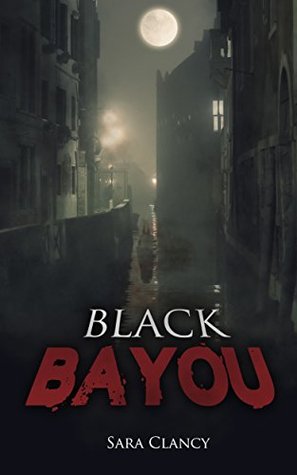 🦇 Read for the Unapologetic Romance Readers Halloween 2018 Reading Challenge for the category of: A romance where a graveyard is a major setting in the novel 🦇

I'm low-key impressed by how good this was. I got this out of the Kindle freebie section and if you've been following my reviews, you know that I have some thoughts on the freebie section. It's a lot like a bargain grocery store in the sense that you can get some high quality goods for next to nothing... and you can also get a hell of a lot of stuff that's barely fit for consumption. The "bad" basically subsidizes the "good."

BLACK BAYOU is one of the first books in a while that successfully creeped me out. In a way, it's reminiscent of some of those occult movies from the early 2000s, especially Rose Red (2002). The book opens with our heroine, Marigold, waking up to her parents trying to murder her in a bathtub. Beside her is the corpse of her dead sister. Before her parents can succeed, the police arrive and her parents are both shot and killed.

It turns out that her parents were both "angels of death," and had been killing the patients at the hospitals at which they worked for years. People in her town blame her for the killings and her boyfriend breaks up with her because he can't stand the pressure. Having nowhere else to go, Marigold is sent to live with her last remaining relative, her aunt Delilah in New Orleans.

Her aunt is creepy and aloof, but worse still is the house. Something about it creeps her out and it doesn't help when a local tour guide/voodoo practicioner tries to warn her to get out. That night, Marigold has horrifying delusions that are so terrifying that she locks herself in the wardrobe to stay safe. It turns out that the guide is named Louis Dupont and he and his family go way back with the La Roux family, as the La Roux family owned several of his ancestors as slaves. He tells Marigold about some of her chilling family history, which are linked to the mysterious occurrences in the house.

This isn't really a romance, at least not in the traditional sense, but I really liked the relationship between Louis and Marigold, and since this is the first book in a series, there's a chance that they might have a relationship later on. There's also a super twisted scene in an ancestral tomb in a graveyard, which was exactly what I needed for my romance novel scavenger hunt. Oh man, I am so glad I read this while it was light out and not in bed, at night. I would have peed myself in fear.

I'll be the first to tell you that the Kindle freebie section is a crapshoot, but BLACK BAYOU is one of the gems. I enjoyed the book and its creepiness; it was the perfect fall read leading up to Halloween.