Forgiven but Not Forgotten? by Sae Nanahoshi 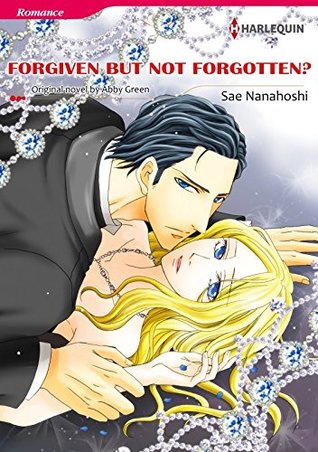 This is another HQ manga that is on sale right now in the Kindle store and it is so good, combining several of my favorite romance tropes to great effect. Siena used to be a rich heiress but now lives in government-subsidized housing while working two jobs as both a waitress and a cleaner. One day, she runs into a ghost from her past: a man named Andreas Xenakis. He wants revenge on her for past wrongs, which ends up resulting in her becoming his mistress/prostitute, basically. But oh, whoops, they sort of end up falling for each other.

I am a huge sucker for enemies-to-lovers stories, and FORGIVEN BUT NOT FORGOTTEN? was a great example of the forced-mistress trope done right. First, it's not icky. There is consent and the heroine outlines the terms. Second, the sex scenes are hot (this was pretty racy for a HQ manga). Third, the hero actually has a valid reason for being mad at the heroine - what she did was really awful. Fourth, the heroine had a reason for being awful that doesn't excuse what she did but goes a long way towards explaining it and actually feels realistic.

I rate these manga adaptations based on the art, the story, and the overall quality of how well I feel the mangaka did on condensing a romance novel into comic book format. Here, Nanahoshi pulled all the stops and I felt like this is easily one of the better Harlequin manga I've read. I liked the dark-but-not-too-dark storyline, the big cast of characters, and the mounting sexual tension between the hero and heroine as they try to navigate their evolving feelings for themselves, and also their loved ones.