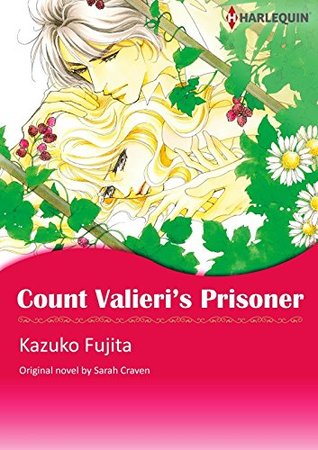 Harlequin recently sent me several ARCs of their Harlequin manga, but this wasn't one of them. I bought it myself because the price dropped to a very agreeable $1.66 in the Kindle store, and I've had my eye on this particular title for a while. Sara Craven is one of those old skool Harlequin authors like Charlotte Lamb and Penny Jordan, well known for her melodrama. Well, of course I had to be all over that like white on rice, especially since it has a cover that I'd like to lick.

The plot of this one is pretty basic, although not quite as Gothic in nature as I'd hoped given the title. The heroine, Maddie, is engaged to the son of a rich and icy banker. Years of toiling under his father and begging for his approval like a dog for scraps has worn away any semblance of a spine. Their marriage is approaching and the son, Jeremy, has made it clear that he expects Maddie to un-invite her classless friends, fire the wedding dress maker and hire a designer, and, most important, quit the job she loves to serve his every beck and call.

Faster than you can say "Smash the patriarchy!", Maddie gives that a big hell-no, and books a flight to Italy, where she has been invited to interview a once-famous opera singer who went into hiding. Her means of introduction is an equally mysterious count who doesn't greet her personally but instead has a limo driver drop her off at the opera before allegedly taking her to a hotel. She falls asleep and wakes up in what is definitely not a hotel, wearing what are definitely not her clothes. As it turns out, the interview was a means of luring her to Italy where she could be kidnapped and then held hostage.

I'm a fan of kidnap romances, but I don't usually like the fluffy ones. That said, I felt like the author did a really good job making the hero not rapey. He did what he did because of revenge, and made it clear from the get-go that he had no intention of hurting her or punishing her, even when he thought she was a gold-digger. Once he got to know her, he actually started to like her a lot. So even though I'm not usually a fan of the kidnapper-with-the-heart-of-gold stereotype, this one was ... acceptable.

If you're a fan of Harlequin romances, you should pick this one up. The art is good, the story is good, the heroine is likable, and the hero actually is charming. Plus, it's only $1.66. That doesn't happen very often (the average price of these books is usually $3.99-$5.99), so it's a total bargain.