Sushi Modoki: The Japanese Art and Craft of Vegan Sushi by iina 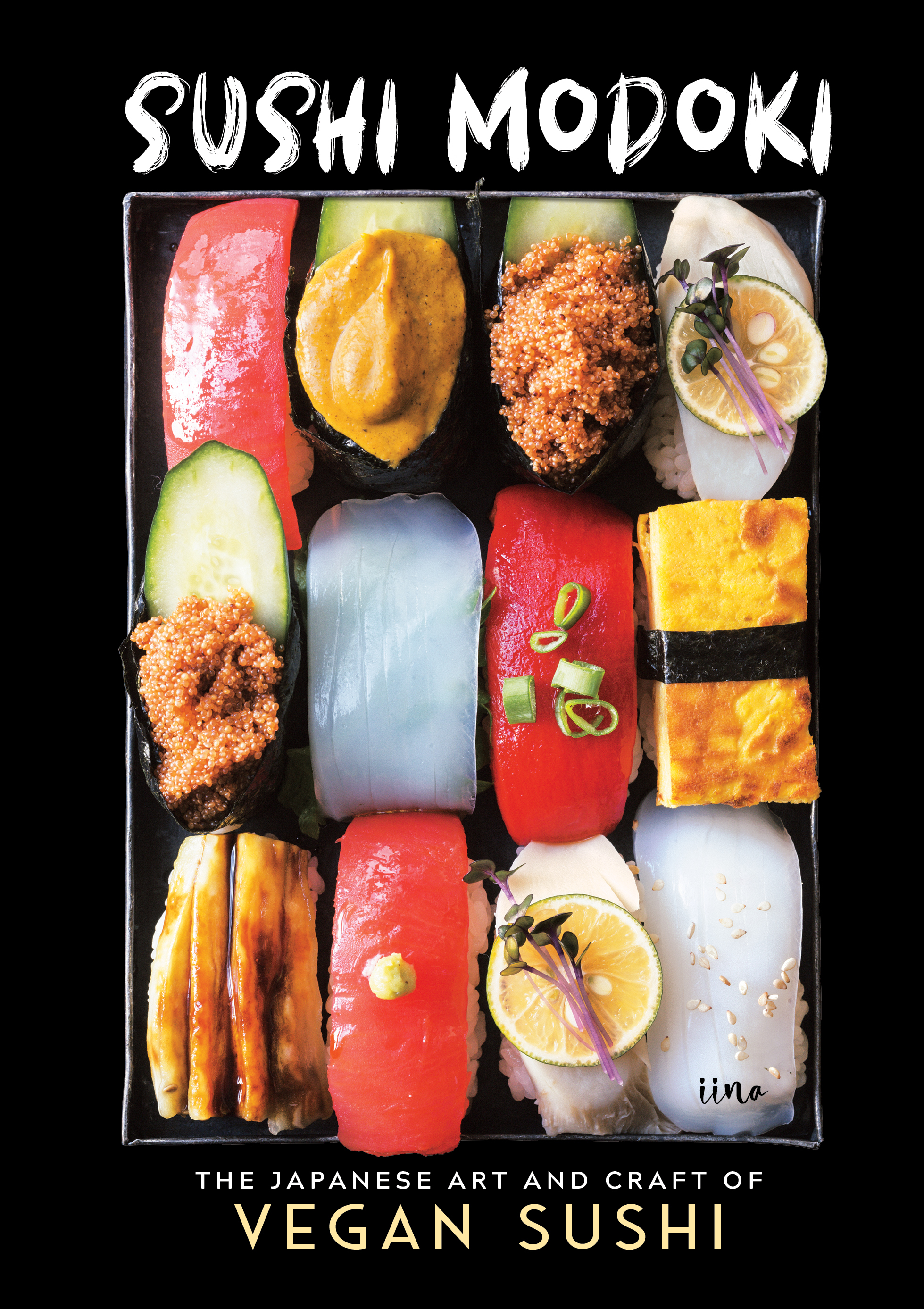 Is there anything more stereotypical than being a Californian who enjoys vegan food? Maybe if it's vegan sushi. Hence this recipe book. My mom and I are foodies and we've gotten into making our own sushi over quarantine since we can't really go out to eat as much. Sushi is surprisingly easy to make and we're trying to eat more vegetables and less meat, which is why I snapped up this cookbook when it went on sale.

Modoki is apparently a Japanese word for mimic, and the first quarter or so of these recipes teach you how to make vegan lookalikes for fish sashimi. So, for example, making fatty tuna roll out of red bell pepper or tomato, or "shirako" out of DIY tofu cream cheese (there's a separate recipe for that). There are instructions on how to make all the condiments and toppings, as well as soups (like clear broth or vegan dashi) and drinks (I saw one for matcha lemonade). In addition to maki and sashimi rolls, there are also recipes for dishes like chirashi. Some of them get really fancy!

Obviously I haven't had time to try all these out but the recipes look totally feasible and I love that there are tons of pictures and it gives instructions on how to make everything from the sushi rice to the toppings. I used to eat a lot of raw fish in college but I worry about the freshness of the fish now-- especially with the supply chain issues. I don't want to get sick! Now when I go out, I order vegan and vegetarian rolls almost exclusively because I feel so much safer doing that, but that's expensive and I'd love to learn how to make my own. This is going to be so much fun to try. Yay, veggies!