Life on Earth by David Attenborough 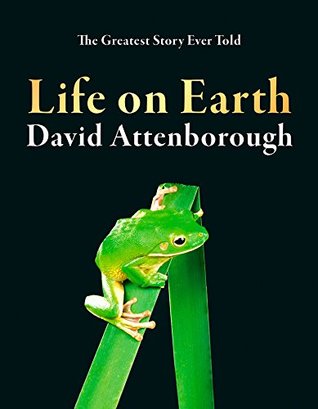 It's impossible to read this book and not hear David Attenborough's voice in your head. He's, like, the quintessential life sciences narrator. I guess this was originally published in the 70s but I'm guessing-- hoping-- it has been updated since then, since science is constantly evolving, and things are always being renamed and reclassified as we understand our world better. For example, slime molds used to be classified under the Fungi kingdom and have now, I believe, been reclassified into three classes under-- I think-- under the kingdom Protozoa.

There are all sorts of fun and interesting facts in here, like how the Grand Canyon is a sort of living timeline set in stone for scientists to peruse, or how scorpions do a fun little mating dance as they join claws, or how electric eels aren't actually eels, or how sea cucumbers launch their organs at you as a defense mechanism, or how hyenas casually talk about what's for dinner tonight, Zebra? before attacking a herd.

I'm giving it a three because sometimes the text can be incredibly dry and it's often disorienting how Attenborough starts out talking about one animal before flowing into another, or six, sometimes leaving you a little disoriented. The paragraphs are also incredibly long and dense, which makes this book feel more like a textbook and less accessible than his shows/movies. The pictures are lovely and break up the text in a nice way and part of me wishes there were more of them, even though I understand that full color pictures ramp up the costs of the book and sporadic insertion means less money.