The Moment of Tenderness by Madeleine L'Engle 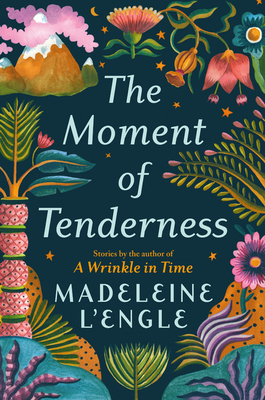 Like most kids, I read A WRINKLE IN TIME when I was young and I really, really loved it. Not just because it was an intellectual fantasy that didn't talk down to its readers but because the heroine was bespectacled like I was! YAAAASS.

I was really excited to receive a copy of THE MOMENT OF TENDERNESS, which is a collection of L'Engle's earlier stories from the 40s and 50s that predate A WRINKLE IN TIME. Many of them have never been published before... and honestly, I kind of see why? A lot of these seem really sloppy and the endings of two that I read were so terrible that they were like non-endings.

L'Engle has written realistic contemporary YA, like A RING OF ENDLESS LIGHT and TROUBLING A STAR, and I have read and liked those, so the reason I disliked this short story collection wasn't because it wasn't like A WRINKLE IN TIME. It was because I perceived them to be poorly written unfinished stories.

I think real hardcore L'Engle fans might enjoy this because it shows the development of her work and gives you a taste of what her writing was like as a young woman. But if you're reading these for the quality of the work, don't. You would be much better off reading her later stuff instead, because this body of work just doesn't have the mainstream appeal that her later, more mature works did.

YMMV but I wasn't happy with this one at all. Sadness.