The Baby-Sitter by R.L. Stine 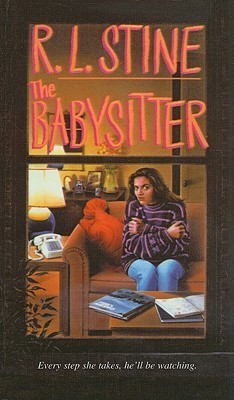 I recently found out that a whole bunch of old YA books from the 80s and 90s are available for free on Kindle Unlimited. Since I have a Kindle Unlimited subscription, I thought, "Why not revisit some of these old gems and review them as an adult?"

R.L. Stine is basically the Stephen King of the grade school set. For kids, he wrote about monsters. For teens, he wrote all kinds of thrillers involving murder. THE BABYSITTER is one of the books he did for Scholastic's Point Horror line. It's about a girl named Jenny who gets hired to be a babysitter for an adorable little boy named Donny. But soon she starts getting creepy notes and phone calls from a man who calls her "Babes" and tells her "company's coming."

Who is this stranger? And what do they want?

Unfortunately, this book wasn't very fun for me because I knew who the bad guy was from the literal beginning. I think I might have actually read this before, but I didn't actually remember this book until a line at the end that made me go, "Oh-- wait." I think part of the problem is that there really aren't that many characters in this book, so the red herring doesn't work.

Also, the formatting for this book isn't great. Paragraphs bleed out across multiple lines. There are many typos. Donny's name becomes "Denny" at one point. Oops. It's like when you write your final paper the night before it's due and you're hungover and then you wake up the next morning and realize you did an utterly crap job and also your spacing is all off. That's what this editing is like.

R.L. Stine churned these out like machinery so he's much more hit or miss than some of the authors who seemed to put more time in their work. He wrote some really good books, but he also wrote a lot of really terrible ones. Sadly, this is one of the latter and I'm not impressed.

P.S. "Jenny Jeffers" might be one of the whitest names I've ever heard.