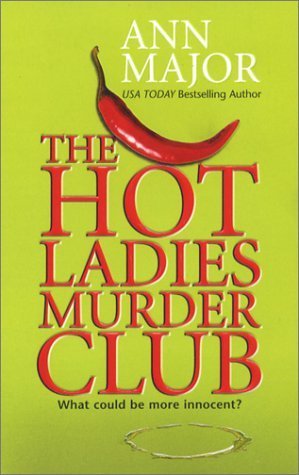 Wow! I actually really enjoyed this book! It wasn't what I was expecting, either. The bright neon cover made me think I'd be getting a light, chick-litty sort of mystery and instead this was DARK. It had a truly awful villain and themes of domestic violence, child abuse, and murder. So, you know, not one for the fluffies.

The book opens with our villain's POV and segues into the heroine, Hannah Smith, a realtor on the run and a single mom who's just been roped into a frivolous lawsuit with a homebuyer. The man representing the opposition, Joe Campbell, is a shady sort who advertises on billboards and takes some less-than-scrupulous cases and he feels conflicted when he feels an instant attraction to Hannah.

The title comes from Hannah and her friends go to a biker bar. It turns out that they're all being sued as part of this lawsuit-happy bandwagoning trend in Texas and after joining some bikers in a toast and throwing some darts at a picture of a lawyer's crotch, they come up with "the hot ladies murder club" where they write down the names of the lawyers suing them and how they'd kill them if they could.

It's a joke, of course. But then somebody actually tries murdering some of the lawyers.

The romance kind of reminded me of a Linda Howard or a Sandra Brown novel, only less rapey. Joe Campbell was actually a REALLY good hero and I loved his relationship with his son, Joey. I didn't like Hannah's kid, Georgia, as much. She was way too twee. But Joey was great. I also loved Hannah's friend, Taz, a Black woman who ends up having an adorable secondary romance with a gruff bear of a biker named Charger/Chuck. This is one of the few times where I liked the secondary couple basically as much as the main couple. I kind of wish there was a sequel to this book about them.

So if you like darker romantic suspense, and are a fan of Linda Howard and Sandra Brown, and if you also enjoy romance heroes who are alpha but with a tender caring side, I think you'll really enjoy this book. It was dark and creepy with some really good sex scenes too, and a villain who seriously squicked me out. I got my copy in an assortment box that I got for pretty cheap but if you're curious, this title is currently only 99 cents in the Kindle store, so don't take my word for it. Check it out!