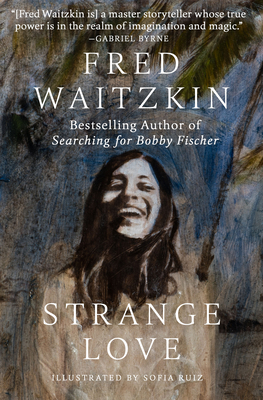 I'm not going to lie, 90% of the reason I recommended this book was because it has the same title as my favorite Depeche Mode song. I didn't even really look at what it was about and if I had, I might not have gotten it because I don't typically go in for dude-lit books.

STRANGE LOVE is a very strange work, and I'm not really surprised that it has a blurb from Martin Amis because it definitely has that sort of vibe to it. I also thought of Alex Garland's THE BEACH and John Updike's BRAZIL. It's the story of an aspiring writer working as an exterminator who decides to vacation in Costa Rica. While there, he falls for this woman named Rachel, who sort of ends up becoming his muse. He's fascinated by her natural story-telling ability and naturally, he decides to listen and kind of co-opt her stories while falling in love with her. Her stories are interesting, but the whole manic pixie dreamgirl element is going to be off-putting to a lot of my female friends, I think, who are tired of women being used as the passive vehicles to move the plot in stories written by male narrators.

With that caveat, I was pretty fascinated by the dynamics in the village, the strange and tragic story of Silvano; the fraught relationship between Rachel and her sister, Sondra; and Rachel's over the top and dramatic aunt who runs a divey bar that caters to tourists. I think this is the type of book most people will pick up out of curiosity and then probably not read again. I see that the author also wrote SEARCHING FOR BOBBY FISCHER, which is on my to-read list as a chess player but which I've never actually read. If you're into travel stories set in far-off places, you'll probably like this, especially if you like Amis, Garland, and Updike.