The Secret Girl by C.M. Stunich 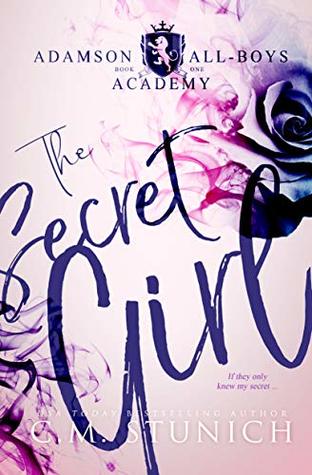 In high school, I was the biggest anime nerd ever. There was no way I couldn't read this book, with the many comparisons to Ouran Host Club, Kill Me, Kiss Me, and Hana Yori Dango. I went into THE SECRET GIRL with high expectations, as I had downloaded it as soon as I got Kindle Unlimited. Reading it now, though, I must say that my reaction is one of disappointment.

First, the writing isn't that great. Charlotte is a huge jerk, and comes across as way younger than an older teenager with all her eye-rolling and sarcastic "humor." It made me wonder what the target audience for this books is, because the tone is juvenile, but it also spends a lot of time talking about the "hunky" teenage boys who are as swole as adult men in their prime. What gives?

Second, I did not really buy the whole "girl dressing as boy" premise as it was presented here. I'm a sucker for cross-dressing plots, but it has to be done well. I felt like the portrayal of sexuality was not done super well in these books and suffers from the same problem as many of the GFY M/M novels in that it inadvertently contributes to bisexual erasure by suggesting that people just have gaydar, and know instinctively that the girl is cross-dressing because they're not gay or bisexual, dammit! Ugh.

Third, why was her father on board with this scheme? And why didn't he care that his daughter was being bullied? Also... the bullying was kind of lame? Charlotte was so mean that it was hard to feel sorry for her, and the bullying just didn't escalate to the point where it was interesting to read about. I was SO bored, and eventually decided to throw in the towel since it didn't look to be getting better.

I guess this author is not for me.